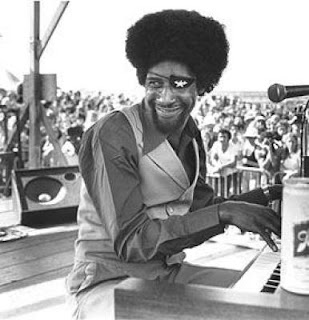 I don't know how many of you have had the pleasure of seeing Frank Sinatra perform live. I have seen him an unlikely amount of times. Close to twenty-five. The first time, I was a wee lad, and my uncle surprised me with a ticket to the "Main Event," the very famous 1974 concert at Madison Square Garden. This was a ticket that I thought for sure would have had his then fiance's name all over it. But, that man came through. (They never married.) 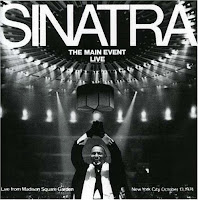 Since then, I got to see Frank with Sammy, Liza, Shirley Maclaine, Steve & Eydie, Al Hirt, Freddie Roman and Don Rickels, from NYC to Reno and back. One of the best memories was when I took my mother to Radio City Music Hall, late 80's. I don't remember the show so much, but as I tried to get her a taxi home, she noticed a crowd, not too large, milling about the 49th street side of the Hall.

"You think that's Frank," she asked. I doubted it, but we walked over to take a look. It was Frank. Tweed jacket, bright yellow shirt, and a blue tie that paled in comparison to his eyes, which we were close enough to see.  If there were 20 people there, it was 10 more than it seemed.  He said hello to everyone...except me. He smacked me, softly, across the cheek.

Frank seemed like a regular guy. Not too many bodyguards if memory serves, and he wasn't much taller than me. That felt as good as the slap.

Great memory, but here's one more.

Labor Day weekend of 1989,  me and two friends drove to Philly to see the opening night of the Stones' "Steel Wheels" tour at Veterans Stadium. We literally had the three worst seats available. I am pretty sure my friend Rob got smacked in the head with some landing gear from a plane minutes from touching ground. I mean, you could have gone for a beer and returned in the time it took for Charlie's snare hit to reach our section. I mean, bad seats. There is still a lawsuit happening over whether they could legally be sold as "in stadium."  I mean, bad seats.  But, it was a great night and a great show. As tiny and far away as Mick was, he was unmistakably Mick. The chicken walk works at any distance. 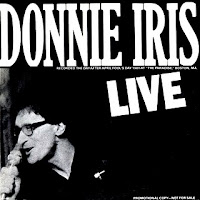 We left the show and decided we needed to go to South Street, get drunk, and see some more music. We did just that, and managed to walk in on Donnie Iris at some club, whose name I don't remember, but whose communal space was the size of a cake box. (Donnie Iris may not mean a lot to you, but I loved his first two solo records...and who doesn't love "The Rapper" by The Jaggerz.) My two friends were not moved by Donnie or my excitement for Donnie, so they stepped outside and grabbed a free local paper.

A few songs later, I joined them. They were grinning like mental patients. Sinatra was playing the following night at the MGM Grand in Atlantic City. "Should we go?" 3 more drinks and a can of Pringles later, we were back at the Holiday Inn with a plan. 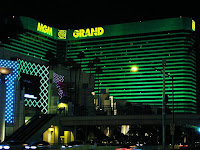 The show was outdoors. We were in bleachers. It was like watching the Chairman Of The Board at the Macy's Thanksgiving Day parade. But still, Frank was Frank. What I still find confounding is that there were tickets available.  I mean, Frank fucking Sinatra had seats available, in a small area off of the boardwalk...day of show.

I have two very distinct memories of that show. The first was, being simulcast live on the Jerry Lewis Labor Day telethon. (Not my memory, but our show.) The other was,  Frank's version of "Angel Eyes."  The man never fails to catch me unawares, whether on record or live, as he nears the final verse, sullen, beaten and ready to call it a night, when he sings, "'scuse me, while I...disappear," and gently pulls the microphone away from his mouth. Yeah, he pulls that ace in the hole every time, but why shouldn't he?

Hilarious... love the Frank stories Sal. I have some kinda similar ones about following my muse (Bob Dylan) to some unlikely shows, but none of them is close to these. Funny stuff. Long live the Chairman.

Me too, with the Dylan shows. Met Dylan in weird circumstances, too. Never been a Sinatra fan, but a few songs get me, and Angel Eyes kills me every time. Nice piece of writing, Sal.
Enjoying the continuing saga.
( honest question, no crack intended, but Sinatra wasn't very tall? Always thought he looked tall on TV. I had no idea )

Good, funny stuff, Sal...also nice to enjoy my bagel and coffee while listening to Booker this morning...Hey, y'know I saw Frank once in concert--April 10, 1974 at the Nassau Coliseum, 5th row on the floor (still got the stub) and I got the ticket from Jerry Weintraub, himself...

I suppose success shouldn't be measured in dollars, cents nor how many people genuflect when you enter the room,but in a perfect world, Mr. Booker would have been the subject of your story, not Mr.Sinatra...and I love Frank for sure...the squeaky wheel gets the grease, they say...all Mr. Booker did was pour his soul into his art for the love of it...good for him...

Believe me Albert, if I had a Booker story to tell, I'd tell it. I discovered the man too late and never got to see him. At least it was he who inspired me. That's something.

ahhh...Frank Sinatra.
My old ma saw him at The Hippodrome in Birmingham, UK in 1953. Apparently he had a cup of tea on stage in lieu of a break. Nice touch.

Normally, I'm right with you Sal, but I never got ol' blue eyes. I've tried hard, but syncopation and using a bit of Jazz slang every now and then doesn't make you a great vocalist. Tony Bennett however...

Ah, Leah! Great stuff. Frank does the heartbreak stuff like nobody else...losing Ava Gardner probably had something to do with it. What a tomato!

But...Jimmy Scott's version on the All The Way album has always struck me as definitive. Just my 2 cents.

"He was the sort of person who stood on mountaintops during thunderstorms in wet copper armour shouting "All the Gods are bastards."

This quote by Terry Pratchett (not about Frank) sums the man up pretty well.

As to his stature, he had to look up to Borgnine and Clift in From Here to Eternity, so tall he ain't.

But when he sang...he swung!

I do hope none of the Radiohead clan are watching though, they'll be convinced you've proved them right.

great stories, Sal. Always enjoy the "songs 'n' the hoods" pieces.
As a teenager, I babysat constantly and would play whatever records I found. When I first put on "The Wee Small Hours" album, I was mesmerized and have been ever since.

So happy to see you're still writing about your memories in the hoods--I really enjoyed this post, as always. One correction, however--MY FRIENDS AND I had the worst seats available at Veterans Stadium for the "Steel Wheels" tour!