Random Thoughts On A Sunday In New Orleans 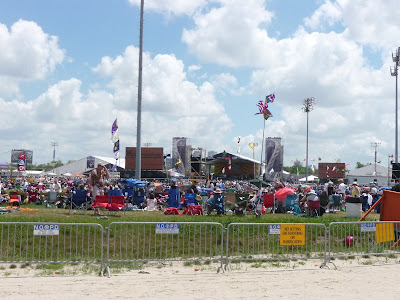 QUOTE OF THE DAY:

As the festgoer returned to his seat with 2/3 of a fried chicken combo missing from his plate, he said to his wife, "I wouldn't have eaten so much, but I couldn't find you." 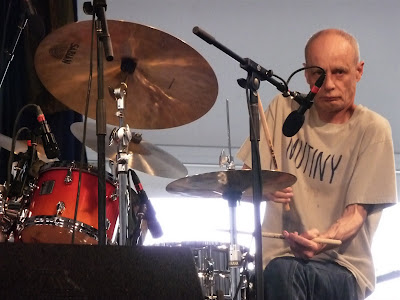 PEFORMANCE OF THE DAY

The legendary (in these parts) jazz combo, Astral Project stunned the Jazz Tent with a performance that was completely off the hook. One of the most original quartets to ever make music, Astral Project plays modern jazz with deep New Orleans roots, and yet their all original repertoire never reminds you of anything; a nod to the always daring compositional skills of leader and sax player Tony Dagradi. But it is the rhythm section of James Singleton on bass and the otherworldly John Vidacovich on drums, that drives this band into the outer limits. I would strongly recommend checking out their 2003 release "Big Shot," which can be purchased at the Louisiana Music Factory. 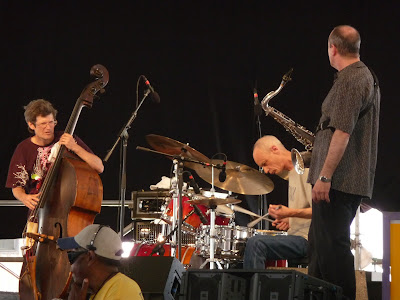 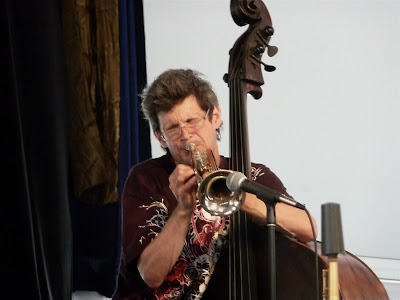 "THE SMALLEST WORLD IN THE WORLD"

Back in February, I was asked to write a forward for "PIECES OF ME," Paul Sanchez' book of essays about his life after Katrina. Yesterday, Paul, who I had yet to meet, was signing copies of his book at the Fairgrounds. I introduced myself, we had a great conversation, but it was this exchange that I wanted to share.

"So whereabouts in NY are you from, Sal?" "I live in Astoria." "OK, I lived in NY for awhile." "Whereabouts Paul?" "Everywhere from Broome Street to Inwood." "BROOME STREET?! WHERE?" "Broome Street and 6th Avenue." "BROOME STREET AND 6TH AVENUE?! Paul Sanchez went on to explain that he lived in MY building, where I was born and raised, and where my mother STILL lives. Paul was one of the two musicians living on the ground floor who kept opposite hours of the primarily Italian-American families that lived in the apartments above. I also explained that the woman banging on their roof and telling them to "lower that f**king music" was my grandmother. 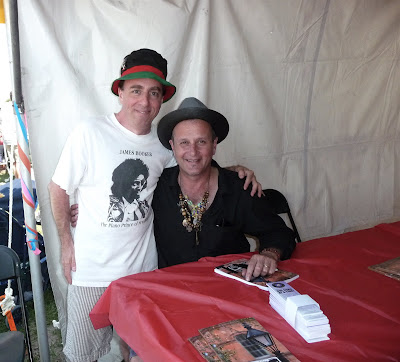 Great story, great pics - I can only imagine the food and music. Would have given anything to be in that gospel tent to hear Mavis. Keep the reports coming.

i'm just jealous all over the place. wish I could be there. muchos gracias for the reports and the atmosphere...makes springtime in Chicagoland a little more bearable.

to echo anonymous great story. the only thing that keeps me from totally bumming out that i'm not in NOLA is that at least we're having NOLA weather in NYC. Keep on keeping on