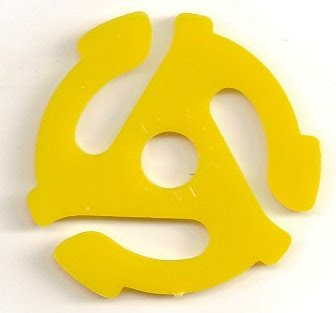 I have my friend Jeff Kisseloff to thank for suggesting The Galaxies' "An Ocean Between Us," a song that has become a daily obsession for me, and a song that Steve Simels over at the indispensable blog POWER POP calls "the most gorgeous thing I've heard all year."

Well, since Jeff nailed that one, I thought he'd come through with a few more winners.


For the last few years, I've discovered most of my favorite music by trolling a half dozen or so music blogs (Absolute Powerpop, Powerpopaholic and, of course, Burning Wood, among others) and listening to their album recommendations on either myspace or Napster. It's gone spectacularly well, as my life has been filled with the sounds of one great band after another who have produced albums that I would never have heard otherwise. While I'm sure many of these musicians are struggling to make it, the Internet has also given them the kind of chance to reach an audience that they never would have had twenty years ago — though through no fault of their own. Another great thing about indie music is you often find yourself buying albums directly from the bands. This has afforded me the unique opportunity to personally tell these musicians how much their work has meant to me, so in that sense some things about the music have changed for the better; I not only get to relate to the music, but in some cases I can develop friendly relationships with the band members.

Last year, my favorites were music by Splitsville, the Fore, the Krayolas, Barnett and Gurley, J. P. Cregan, Armchair Oracles, John, Paul and Keith, the Galaxies, the Goldbergs. David England, Mike Giblin, the Shaker Pegs, Roger Joseph Manning, Jr., and a few others. I doubt Burning Wood readers are familiar with a quarter of them. It just makes me wonder how many other terrific bands are out there whose music we'll never hear.

So this is a list of my favorite bands and songs of 2010. If they have anything in common, it's that their records consist of well-crafted melodies that stick in your head long after the CD player or iTunes have been turned off. I tried to whittle this down to ten but failed. I hope people give these bands a listen. I should point out that this is really just a sample. There's been so much great stuff that I'm sure I've forgotten half of it. If you sample this group and like what you hear, listen to the bands on my 2009 list. You'll be astonished at the great music you never knew existed.

Not in order of preference, except for my top choice: 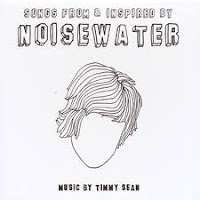 Timmy Sean - "Songs from & Inspired by Noisewater" is a tour de force that took Sean four years to make. You'll hear ELO and the Beatles among others in the album, although sometimes in the same song. It's my cd of the year;

Zombies of the Stratosphere, "Ordinary People" - They do remind me a little of the Zombies;


The Malibooz - "Queen's English" - These guys (Walter Egan was the only member whose name was familiar to me) have been together about thirty years and average an album a decade. It's criminal, I say; 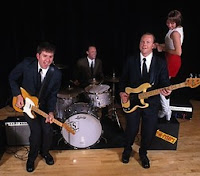 The Hi-Risers - They have four albums out. I'll put all four on the list. If you like your basic Sun records, three-chord rock, you'll love these guys and their catalogue of some of the strangest girlfriends ("My Girl Valvoline," "My Bam-Bam Baby") ever memorialized in song;

Here are two from the Hi-Risers!


Eric Crugnale - "Carol Was Here," the most hummable album of the year? Pure craft; 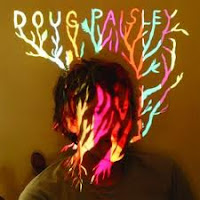 Cuff the Duke - "Way Down Here" - If you're a fan of Blue Rodeo, you'll love this, which was produced by BR's Greg Keelor;

Doug Paisley " - Constant Companion" - The most quietly beautiful album I heard all year.

Honorable mention: If their albums aren't as consistent as those I've listed above, they're still great: Ice Cutters, Taylor Locke & the Roughs, Brother Slade, John Holk and the Sequins, The Brigadier,


My songs of the year:


The first one is not an indie, it's Josh Ritter's "The Curse," an epic meditation on fame, love, life and King Tut that will take your breath away;

"Reform School Girl" by Nick Curran and the Lowlifes: No song that I heard was more fun;


Ray Scott - "Silk Satin and Lace" - This song is actually from the 1940s, but it's the most danceable thing I've heard all year. Scott is a mystery. He apparently recorded two songs and promptly disappeared. Listen here and then I dare you to sit still;

Ice Cutters: "Passion and Violence" - These two ballads by Crugnale and the Ice Cutters are simply gorgeous;

Cuff the Duke: "Listen to your Heart" - You'd swear the Jayhawks wrote this one - or should have;


Thank you, Jeff for your contribution. 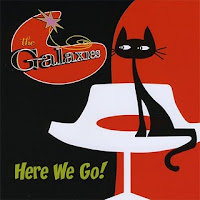 And one last time, please enjoy The Galaxies.

A OCEAN BETWEEN US

'You Made Me Look Like Keith' may be my favorite song title of all time.

I miss my Monday Todd-fix!!! -Mark

Something already lined up for next week, Mark. Until then, there's some good stuff to listen to right here.

Everything I've checked out so far has been NICE. Lonely H is reminiscent of Brinsley Schwarz, I thought. (that's a good thing)

Sal" Great stuff as always. Didn't have a clue about most of this but it's all heartfelt and guitarcentric so you've got my vote. Thanks

Wow... nice selection. Knowledgeable descriptions, too. I miss being up on the latest, so thanks for doing all the legwork. W