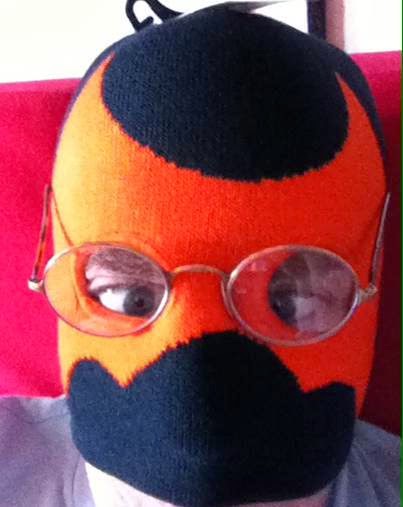 You might be asking yourselves, "Selves? Shouldn't there be a Halloween-themed mix today?" The answer is, track 4 is called "Haunted." What more do you want?

I'm sure some of you will find a few of these tunes frightening. I'm laying 6-5, buzzbabyjesus gives the Paul Carrack tune which closes the mix, his usual 38 seconds before lunging towards the stop button. (I kid BBJ, because I love BBJ.)

Now about this Weekend Mix-

Let's start with the aforementioned Paul Carrack tune. Yes, it's dated 80's production will remind you of a Molly Ringwald/Judd Nelson movie. Yes, it's not very challenging lyrically. But, I love Carrack's voice and I love the vamp at the end. It's hooky and it grooves and well, this is pop music for ya.

My old pal David Yazbek has made some terrific records and his debut, "The Laughing Man" is one of my faves. The track here features Yaz of course, but it also features Andy Partridge on guitar, percussion, backing vocals and production duties.

"Mona," from the Beach Boys very trippy cult classic "Love You," is a "genius bit of retro" or a "horrible and repetitive piece of shit." (Both of those descriptions come from actual customers of mine, bickering in my store while I listened to "Love You" when it was finally remastered for CD.) See what you think.

I was reminded of the Iggy track while listening to the Mike Viola track. (Don't ask.)

The Finn Brothers beautiful ode to their mother never appeared on a Finn Brothers record, but on a tribute album called "Common Ground: Voices Of Modern Irish Music." Good compilation, but this Finn track was the stand-out.

Rundgren covers Jeff Lynne? Of course I think it's bril. I'm sure I'll hear from those who don't.

zip
Posted by Sal Nunziato at 4:10 AM

I downloaded just to see how bad that Paul Carrack track really is.
Sal knows if I like the drums and don't hate the voice, I'm most of the way there. I hate '80's drums in particular, so this is going to be a challenge.

You talk about 80s Moly Ringwallesque cheesy production as if that was a bad thing!

Thanks and have a great weekend.

Looks like a cool mix - thanks and happy Halloween Sal!

Loving this mix a lot. P Carrack has the most expressive voice; the Beach Boys tune has long been a fave; even like the TR track (is that a typo? - ed). Off this weekend to support my local hospice charity drive: minimum of 3 drummers all the time 48 hrs playing in unison along to various pop/rock stuff. What is it with drummers, huh? Must be the noise. I'm taking ear defenders! Have an equally percussive weekend. Cheers!

As usual an interesting mix, I struggle with Ron Sexsmith but am unlifted by The Bryan Ferry Orchestra and the Band