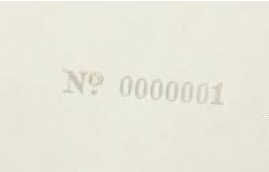 It has been some time since I was inspired to put together a Weekend Mix, which may be why this weekend we have two.

First up, something I am calling "The Rhite Album." Your indulgence please.

Most Beatles fans feel about "The White Album" the way Paul McCartney feels. "It's the fucking White Album." Young-ish Beatles fans love "The White Album" and "Abbey Road" and cannot listen to early Beatles. And there are some who think the record is crap. Well, I don't think it's crap by a long shot. But, it is my least favorite Beatles record. I simply can't get behind about half of it. So for my listening pleasure, I put together what I am calling "The Rhite Album." (Get it? Heh.) This sequence of songs plays pretty damn well for my purposes, so I thought I'd share it for the hell of it.

The second mix is a handful of songs that popped up this week alongside some others. These stood out for various reasons.

The Del Shannon track is from his 1967 London sessions, which came out in the USA as "Home & Away" and in the UK as "And The Music Played On." For years, I only knew Del Shannon's hits, the most famous being "Runaway," which I could take or leave. But over the last few years, thanks to a brilliant collection of early singles on the Norton label called, "Move It On Over," I have become a bit obsessed. This guy was a genius at making records and he could sing anything and make it sound passionate, and at time desperate. This track made me think of ELO's cover of "Little Town Flirt," so both are here.

"Mother Nature's Son" has never been a go-to Beatles track for me, and it was only this week, while listening with headphones on a train ride, that it popped up and smacked me across the head. Why does this happen? I don't know, but I am grateful for these random moments of musical discovery. What made it even more fantastic was that the damn iPod algorithm segued into "Bye Bye Blackbird" from McCartney's standards record from a few years ago. I was impressed by both the span of time between the tracks and the way Paul's voice changed. I think both are quite beautiful, and I was especially moved by Paul's phrasing and delivery of this standard, as if he had written it himself.

I can't say enough about Chris Price's most recent release, "Stop Talking." Please, please check it out. And if you dig it, go backwards and listen to "Homesick," which is also a gem. "One Of Us" is from that record and it sets up the Roy Wood track very nicely.

And speaking of gems, if you are a fan of Boz Scaggs, I suggest spending time with his 1997 release, "Some Change." It might be his best and "Time," which closes out the mix, is from that set.

Thanks and agree with you completely about Chris Price. Top of my list for 2017.

I can't even spell ZIP but I'm having troubles downloading the January Mix -- the rhite worked fine.

"404 Not Found
The server can not find the requested page:

Guess I have to listen to The Beatles! :-)

The ZIP--Z.I.P., has been corrected. Sorry bout that, chief.

Thanks Sal. Have a great weekend.

I know I've stunned/stumped you with some of my comments and observations in the past Sal...

Even Runaway '67 and Runaway [Crime Story Version] >>> Drive My Car

Sorry (well actually not sorry) I love the White Album start to finish. I also have to lump Fleetwood Mac's Tusk album into that category as well. The whole album is greater than the sum of the parts if that makes sense. Granted some of the parts in isolation are weak in both albums but when digested completely each album packs a wallop (at least for me.) Love them both...

I've always loved The White Album...even more in the amazing mono. The Rhite Album is great fun though to me the highs and lows are all part of the ride. It was never one of those double albums I felt the need to edit. Agree fully on the ageless Macca and his vocals on "Bye Bye Blackbird." And sometimes I hate Spotify. They've got Del Shannon's "Home & Away" but none of the other compilations you mention. Do I need to subscribe to Apple too? I wish there was an easy way to check what a streaming site offered without subscribing. Or is there? Anyone? Anyone? Bueller?

I played those lovely pair of black vinyls to death when I first got my hands on the White Album & it's still one of the few I can enjoy from first track to last, so this abridged version is a (lunar)breeze. Thanks for the condensation & for the Jan zip too. May your weekend be a good one. Cheers!

Looking forward to BOTH of these! Thanks!

Thank you for your earlier recommendation of Chris Price at New Year. I listened to and then bought the album. Chris contacted me which came as a surprise and has promised to let me know when he is coming "across the pond" (his expression). Nice bloke, I'm chuffed (pleased).

If you haven't heard him yet - https://chrispricemusic.bandcamp.com/album/stop-talking

Stop talking and buy the album! And no,I'm not his agent.

The Rhong album with the remaining cuts wouldn't make for very bad listening either, except for Revolution 9

My Rhite album would be very similar, but I'd add "Long, Long, Long".