Late to yet another party, I finally got to see "Echo In The Canyon," the documentary about the birth of the "California sound." Getting right to the point, I loved it. That is not as surprising to me as the reasons why I loved it, starting with the talking heads.

If I never see Crosby, Stills, Nash or Young again talk about how wonderful they are, it would be too soon. Add to this mix artists like Cat Power, who had always left me cold, Beck, a beloved artist for sure, but someone who I have always found to be a jack of all trades and a master of none, Regina Spektor, who I admittedly know very little about, and Fiona Apple, who started out strong and then just became scary, all moderated by Jakob Dylan, who made one good album and three great singles with the Wallflowers, but has mostly bored me to tears, and this short film was going to feel like "The Sorrow & The Pity."

It all worked beautifully. Maybe credit should go to writer and director Andrew Slater, but I think I want to credit Jakob Dylan, who was unflinching in the face of the usual Crosby & Stills nonsense, allowed every artist to speak, did not pander and basically kept me glued to the set with the same charisma his dad has mesmerized me with for years.

And then there was the music. How could I possibly love a dozen of my favorite songs of all time, performed by these people who have collectively disappointed me for the last 20 years? This all worked beautifully, as well, and again, I credit Jakob Dylan.

No one here tried to outdo the original performers and performances or outdo any of the singers on the stage. It was as if these kids knew exactly who they were paying homage to and were frightened into being on their best behavior. And every single performance knocked me out. Impossibly so, but it is true.

Not for all the copies of "The Who Sell Out" in the world would I have expected to absolutely love the low key, less is more takes of Brian Wilson's ballads "In My Room" and I Just Wasn't Made For These Times," the former as a duet between Dylan and Apple and the latter with Neil Young delivering a sweet falsetto to Dylan's deep husk. All of the tunes on the soundtrack have Jakob Dylan out front with a guest spot from a member of the cast.

How about Queens of The Stone Age's Josh Homme helping out Dylan in a big way on The Monkees' "She," a song I have loved forever but for some reason, only just "heard" the lyrics. Wonderfully brutal.

Who the hell is Jade Castrinos? What a voice! She killed on the Mamas & Papas "Go Where You Wanna Go." And Beck and Dylan harmonizing on "Goin' Back" quite frankly, brought tears to my eyes.

Last week, I featured the Dylan and Norah Jones take on "Never My Love" as a Song Of The Day, and I will mention it again. The version killed me because it didn't try to be anything more than two artists respecting the original record as best as they could with the tools they had. It is understated and truly beautiful. There isn't a bad take on the soundtrack. All the songs are just different enough to keep the whole listening experience fresh without feeling like someone screwed up one of your favorites.

See "Echo In The Canyon" if you haven't and listen to some favorites I posted off the soundtrack.

I liked the movie mostly for the gossip and the pictures, but I wasn't as happy with Jakob Dylan's singing. He seems to have one setting which he applies it to every song. Have you heard John Doe and Jill Sobule's version of Never My Love? https://www.youtube.com/watch?v=Q9xoe85ET04

Prime has an enjoyable 60's doc narrated by Michael Caine that is heavy on Beatles, Stones, Who and Kinks songs, called "My Generation."

I have heard Doe and Sobule's Never My Love. I prefer Jakob and Norah. And even Ken Stringfellow of The Posies version.

I join in your praises of the film and the soundtrack. Only disappointment is that there are some tunes in the film that did not make it to the disc. Maybe they will release a vol. 2 to cure this problem.

@pmac
Do you recall which? I thought so, just as "She" is on the soundtrack but not in the film.

I loved the film for all the reasons that you stated. However, trying to tie that old movie ("The Model"?) made no sense at all. That part should have been left out.

Somehow you captured my thoughts on every artist involved AND my thoughts on the film, perfectly. This is clearly more than the sum of its parts. I've considered moving to a remote part of the globe to never hear about CSN again. And I've been staring at Beck for 25 years saying "I guess I KIND of get it? But...huh?".

But this doc was great.

I also second the "My Generation" doc, mentioned in these comments, btw.

@Sal - it was several weeks back when I viewed the film, and I immediately listened to the ST. She is def one, but I forget the others. Will need to view it again!

Big fault this movie has is talking about the film Model Shop without ever once mentioning the band that did the soundtrack (Spirit). Granted that Spirit lived in Topanga Canyon, but it skewed the narrative and excluded far too many other components of the LA sound, creating a one-dimensional (Jakob Dylan fitting) story.

It's a brilliant album and an even better film. A homage to a time and place.

I can also recommend Remember My Name the film about David Crosby. It shows him cranky and inspired. Another act of love from the film maker and the interviewer.

when can i buy a Jade solo lp? She knocked it out of the park.

"Never My Love" is one of those perfect songs that is hard to do a bad version of.

That said, I find (and found) Jakob Dylan's voice to drag things down whenever I hear it, so I didn't think much of this soundtrack album. (I still need to see the movie, too...)

I think Jade was in Edward Sharpe and the Magnetic Zeroes and was the namesako of one of their early songs. 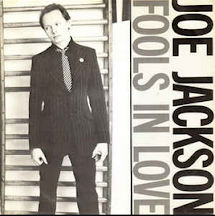