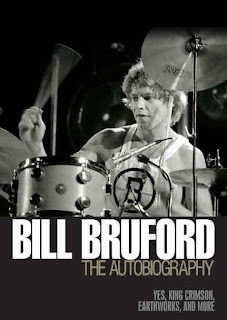 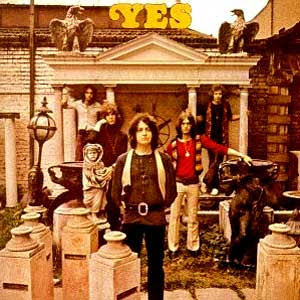 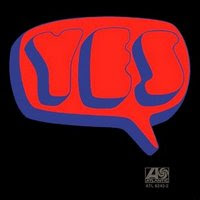 
I've been reading Bill Bruford's tale of rock superstardom, which includes many eye-opening and hilarious bits about fellow Yes members Chris Squire and Jon Anderson, the difficulties of working with King Crimson leader Robert Fripp, drumming in general and his need to improvize both on the kit and with life. A great read, fan or not, as these stories are told with a very dry British wit that I'll describe as a cross between Peter O'Toole and Ricky Gervais.

As per my usual, I can't read a book about music without the accompanying soundtrack. So, these days I've been listening to a lot of Bill Bruford, including his successful acoustic jazz group Earthworks, short-lived U.K. supergroup, U.K., as well as the aforementioned Crimson and Yes, referencing both the passages in the book and the music he expounds on, when necessary. (And though I know Bruford is not on it, "Relayer" still sucks, by the way.)

For those of you who begin and end with "Roundabout," if that, I'd like to shine a light on the very wonderful 1969 debut, "Yes."

This rarely ever gets mentioned, and in the number of times I've seen this band live, in various incarnations, the material never gets played.

The songs are relatively short, with nothing clocking in over 7 minutes, and most less than 6. The band hasn't yet employed two of its most infamous members, Steve Howe and Rick Wakeman, so the guitar and keyboards are played by Peter Banks and Tony Kaye, respectively. Musically, it leans more towards the heavy, psych-rock of early Deep Purple, as well as, dare I say it, the Airplane and, like this song here, "Beyond & Before," later Move.

Take a listen and tell me this couldn't be placed somewhere on "Looking On."

The whole record is quite good, with 2 covers, The Beatles' "Every Litte Thing," and The Byrds' "I See You" not the full-on sacriliges most Yes naysayers would hope for.

I know it's easy to dismiss Yes for the over-bloated music they wound up putting out after Close to the Edge but they put our a lot of worthy material in their first 5 albums before it all went horribly wrong. Their technical prowess inspired a lot kids to become real musicians. How may out there practiced Wakeman's organ solo on Roundabout or worked on mimicking those off-time beats that Bruford excelled at. I think that when you bring up Yes a lot of people scoff instead of listen. Before the beatdown starts go listen.

Always liked that album, which was recorded, obviously, before things like "Topographic Oceans" proved that becoming one with the Universe could have terrible effects on syntax.

Hey! Another opportunity to quote my favorite one-line review, from Creem, regarding the YesSongs film:
"Linseed oil renders celluloid opaque".

I'm heading to the beach this weekend, might have to pick that book up to take with.

The hook for me, as a guitar player, is Howe. Man, what a player.

I'm partial to the live YesSongs album, the tunes seem to breath more. Relayer is of course totally impenetrable, but Going For the One is pretty great - especially Parallels.

I bailed out around Tormato. But I still put 'em on regularly.

Absolutely and there is a fair amount of dross to confirm the mass unwashed's opinion.

But from this album to Close To The Edge and Going For The One are great listens.

I'm level headed and not one to rave generally about Church organ solos, but in Wakeman's case I'll make an exception.

long distance runaround/Heart Of The Sunrise----hmmmm....those were beauts--pure power prog pop with hooks---but i could never listen to it now...unless i was on I-80 heading west with no other choices...

Can you please translate the comment left by "Anonymous" for us?

Bill is Bruford, who played drums for a short while after Peter Gabriel left Genesis and Phil Collins took over up front. 1976, actually.

How's that? I don't need no stinkin' punctuation.

For those of us who were at The Tower in 1976 (as corrected by Sal)--we traveled a couple of days later to the Lyric Theater in Baltimore. The Lyric is built on top of what I believe are three wells. The water makes for some amazing acoustics! A special night of Genesis.

For Yes fans--Yes played two shows in Asbury Park one summer night, songs from the first two Yes albums and Roundabout. The audience booed the opening act, who had played two 30 minute sets. This opening band consisted of Randy Misner, Bernie Leadon and two other guys ...........

Quick postscript. Just saw Yes on DirecTV and they were actually quite good. Jon Anderson is still in fine voice although his stage banter is cringe-worthy. They'e not the same without Bruford and Wakeman but it was thoroughly enjoyable to watch. They did play some new stuff that didn't make me vomit as is usually the case with these things. The only thing that really disturbed me is how much Steve Howe looks like Billy Bob Thorton. If you happen to come across it, have a listen.

Fron when? Anderson hasn't toured with them in a few years.

It's a shame Howe wouldn't let Banks play on the Union Tour (or so I read).

He really set the plate for what came later.

The DirecTV YES concert is actually 60 minutes from the 2001 Masterworks Tour with the European Festival Orchestra filmed in Amsterdam. When viewed in HD, the sound and visuals are excellent, much better than the original DVD. It's been several years since I last saw this, and it really delivers a unique Yes show. Rick was absent from this tour but the show is quite good. Interesting as DTV 101 has a separate Rush concert following YES. Some programmer has very good musical taste! As a Yes fan since 1969, IMHO YES has evolved and changed directions numerous times over the past 40 plus years. Although it's easy to say that the band's early 70's years were the finest, and really defined the progressive movement, I give them a lot of credit for still being around today. I recently saw their 2010 show in Dallas, and even w/o Jon, they still came off as a tight band at times, enjoying the moment.

Aside from the YES and RUSH concert footage, there is also an ASIA concert! 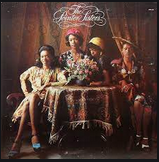 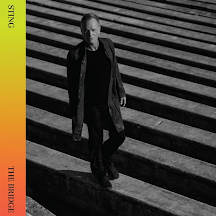 STING- THE BRIDGE: "The new one from Mr. Sting lives up to the promise of the first two singles, with simple, under-produced pop tunes and a few lovely ballads, that in many ways, mirror the sound and structure of 'Ten Summoner's Tales. 7/10" 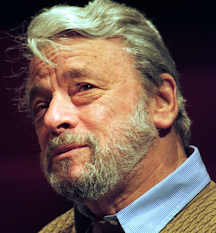