Wyldlife: The Kids Are Alright 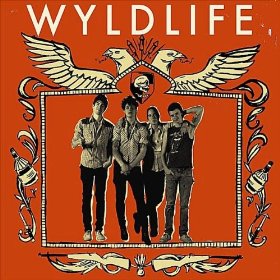 I'm looking at my contenders for the Best Records Of 2011, and the combined age of the artists so far is 5408 years old. It's not as if I have some serious prejudice against the kids. I love the kids. But I will not fall prey to hype, beards, and 5-star reviews...anymore.

In what seemed like months before its release, Jonathan Wilson's "Gentle Spirit" achieved 4 and 5-star status from no less than 3 respectable music rags. Wilson is not necessarily a kid, but still young-ish in his early 30s. He boasts credits behind everyone from Erykah Badu to Elvis Costello.  Jackson Browne loves this dude. Graham Nash loves this dude. Check out one review HERE.

Have you heard the record? It's contrived bullshit from another "genius."

As Neil Young famously said on "4-Way Street," right before debuting then new song, Don't Let It Bring You Down, "It sorta starts out slow, then fizzles out altogether." Big difference between Neil and Jonathan? A sense of humor.  By track 4, which is already 30 minutes into "Gentle Spirit," Wilson's vocals become a whisper, as if we're supposed to feel his pain or experience his "high." This record is a relentless display of pretense. It is dying to be a cult classic. Sorry dude. Records shouldn't be conceived as cult classics. It's supposed to just happen.

Sure, I'm taking it out on this poor shnook instead of the idiots who've been raving about him, but isn't this exactly the problem? Find me a dozen records with rave reviews, by new or newish bands, that really and truly pack a whallop. I mean, a consistent side to side whallop like the classic LPs of old.  Critics are so desperate to discover something special, they toss off 5 star reviews like Shatner goes through hairpieces. It's all hype. And after the initial pass through all of these "amazing new albums by these brilliant new artists," precious little sticks to your ribs.

Now, before the members of Wyldlife start getting all chubby, let me say, I don't think their debut is the Best Record of 2011. But for a little over 30 minutes, a perfect length for an LP by the way, Wyldlife explodes with hook after mouthwatering hook. This is "stick to your ribs" rock and roll.

These kids come out of the box with one of the best songs of the year, a song with a chorus so big, you will be hard-pressed not to whip out your air guitar or bang your head. "City Of Inbreds" which opens Wyldlife's debut release is a monster. It is a song that gets everything right. Even if you're not a fan of The Clash, or The Ramones, or the Dolls, or The Strokes, you must recognize that not only does "City Of Inbreds" have hit written all over it, it also boasts the most properly placed minor chord in the history of rock and roll right at the 1:23 mark.

And the album doesn't let up there.

"(She's Making Me) Nervous," "One Night Only," "Sidewalk Queen"---these songs, in three and a half minutes or less, say more than just about any of the 5-star darlings supposedly changing the world with their epic, aural melodramas.

There is a place for Jonathan Wilson, and a place for 5-star reviews. It just used to be harder to get to.


Wyldlife got me excited. It's a new band with some great young players, writing riffs and hooks and choruses to die for, and I'm loving it to death. But I'm still not slapping 5-stars on it. "Beatles '65" only got 3 1/2 stars, for Pete's sake.


Listen to "City Of Inbreds" HERE
Posted by Sal Nunziato at 7:29 AM

I bought the album based on this alone. I love what Ive heard so far.

Yeah, good track - and even better since the amusing lyrics show they don't take themselves too seriously, which is the downfall with lots of new bands. So damned serious!

I believe this band is the remedy for an overdose of american idol, x-factor et al. This is rock and roll that rings true--no pretenses and balls out. Though being 23 is merely lots of distant memories for me, they were good memories, nonetheless--and this music takes me back to the dance. Thanks for putting a smile on my face.

I do like the album, I'm not sure exactly why, maybe it's the poor fayre so far this year (and 2011 is nearly ready for the Best Of / Greatest Hits pause rewind replays).

Lots of sense though Sal, I've always thought 40 minutes was long enough for an album and the download a track or two age that da kidz live in now has easily brought that down 10 minutes.

As a side issue, I've never ever seen the point of stars and these days they are just demeaned by the don't give a poor review it'll affect the advertising.

Reviewers should say what they think and leave it at that, stars aren't comparing like for like. Something will get say three and a half stars and a line such a worthy effort that fails will just get a worthy effort on the advertising.

I'm on a Hefner kick at the moment and that doesn't mean knocking about with 19 year old bimbos.

By The Way over at ASHville. we've been enjoying Steve Riks impressions on You Tube.

Just type Steve Riks in You Tube or go here for his Costello impression.

Plus they are named after Paul's best album! Har!

OK, got it, the track has THE WHO written all over!
"Substitute" + "The Kids Are Alright"

Not bad, but that's about it.
Let's see what they can come up with for the next album...

Hey Tak,
What about the other 10 songs?

you're awesome sal....and you vindicated me for my dislike of winehouse (it's a personal choice but i feel that it was more hype than "substance"....no pun intended). only time will tell but couldn't agree more with the whole "critics looking for the next thing" scenario.....
chad 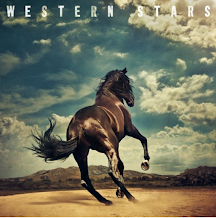 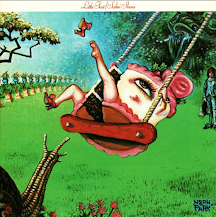 LITTLE FEAT-SAILIN' SHOES: "Little Feat's 1972 release is the very definition of 'eclectic,' and yet, this album could not be more cohesive, delivering a perfect balance of funk, gospel, soul, rock & roll, blues, jazz and psychedelia and best of all, it is none of those things and all Little Feat. 10/10." 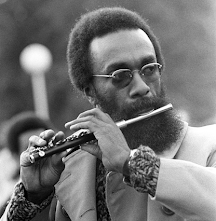 The Action- Since I Lost My Baby