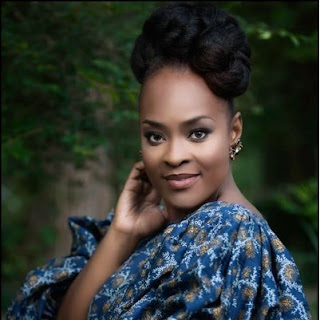 Last Saturday, I caught an act in the Jazz Tent at the New Orleans Jazz Festival called Blodie's Jazz Jam. "Blodie" is Gregory Davis from the Dirty Dozen Brass Band, and for this particular set of music, he called together some other great players to really let loose from the usual funk it up sounds of his steady gig. Needless to say, it was something else. He then brought out one more special guest, a woman whose name I didn't catch, but who knocked it out of the park, belting out one of those classic, filthy blues tunes, where you have the right this but the wrong that. You know, this is big, but that's too small. You can do this to my that, but don't do that to my this. Get it? Anyway, she made my jaw drop like a circus elephant into an above ground pool.

Davis introduced her three times- when she came out, when she was finished and when he thanked everyone on stage at the conclusion. All three times, her name sounded like Flasanna Malbgzhaghz.

I asked around, and a few people, a musician, some security guards at the tent, all knew she was dating some sax player, but no one could remember her name. I left the fairgrounds a blank.

That night, I ended up at a tiny bar in the 7th Ward, where my friend Maurice Brown was scheduled for two sets of his exciting mix of jazz, funk and hip hop. In between sets, and only in New Orleans, that singer from eight hours earlier, sat down next to me at the bar.

"Did you perform with Blodie today?"

She was as warm and sweet at the bar, as she was fiery and explosive for that one song.

Her name is Quiana Lynell, and as Gregory Davis said when he introduced her, "If you ain't heard her, you got your fingers in your ears."

Well, I ain't heard her before last week. But, I am determined to hear more of Quiana Lynell now.

AMAZING!!! Thanks for the share. Listening to her 2016 EP now.
Welcome back, sir!

Thanks Sal! She has great tone, smart singer too. Gorgeous gift on a rainy day.

My friend Charlie moved to New Orleans from Jersey City to shoot video for WWOZ.

OK, I am totally knocked-out! Thank you for going to the jam and finding this girl. Then to have her walk into the bar and have a seat next to you later.....That's New Orleans for ya!

Fabulous! Comforting to know the art of great singing has not been lost. I guess you just have to know where to look. Thanks, Sal.
Different kind of voice and style, but Erika Lewis of Tuba Skinny is also worth checking out.

This story just earned my heart! I never meet a stranger I look forward to meeting again! Thanks for the share!