Before I discovered records stores, all my music was bought at a local department store within bicycle range of my house. When this album arrived in 1972, these guys scared the shit out of me. They looked like biker outlaws. I didn't buy it. 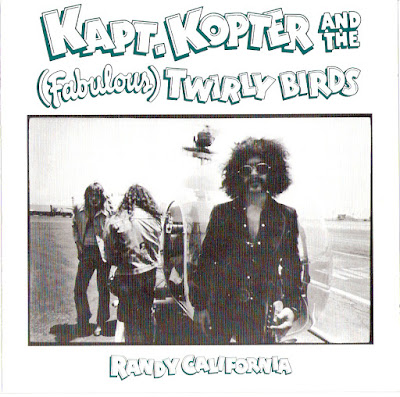 Many years later it turned up in a room mate's collection.
I had no idea who Randy California was, or that he possibly wrote "Stairway To Heaven".

I was surprised to find out Randy Craig Wolfe was given his stage name by Jimi Hendrix, to distinguish him from another Randy in Jimmy James and The Blue Flames, who was dubbed Randy Texas, and that Ed Cassidy, with whom he formed Spirit, was his stepfather.

Anyway, there is a pretty cool cover of "Day Tripper" on it I thought you might enjoy.
It's followed, rather oddly, by another cover, Paul Simon's "Mother And Child Reunion". 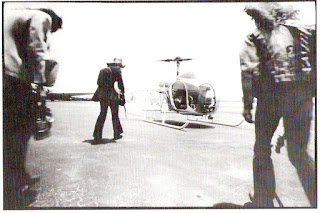 Clearly Jimi was an influence.

-BBJ
Posted by buzzbabyjesus at 6:48 AM

Love this album! Thanks for the reminder. And, ole Jimmy did rip them off.
Adnan

Wild!Love it. I've long been a Randy California fan. Got a link for the Mother and Child Reunion cover?

Well, that was pretty dreadful. Thanks for posting the link, BBJ.