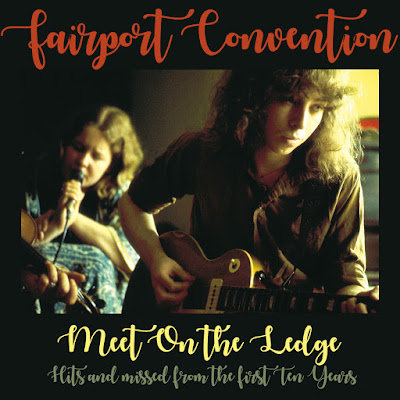 Blah, Blah, Blah. I recently acquired "Come All Ye, The First Ten Years", a new 7 disc box by Fairport Convention.
I've been a fan since the early '70's, so I downloaded largely out of duty, figuring I already have everything, but this compilation is heavy on bonus material, and much of it rivals the official releases.

This Weekend Mix largely avoids the "hits" in favor of what makes this box set essential. 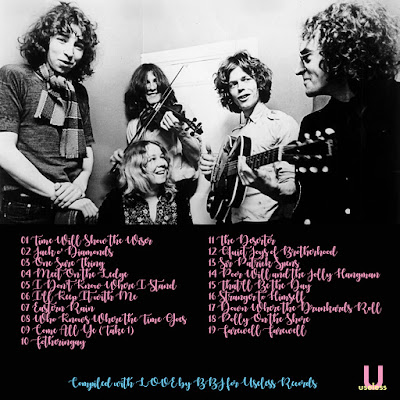 Meet On the Ledge

Meet On the Ledge, too

BBJ
Posted by buzzbabyjesus at 6:52 AM

Thank you Buzz. One of my "desert island" groups. Well done.

Greetings from England - the compilation looks a great selection and is thoroughly recommended as an introduction to Fairport and the genius of Richard Thompson.
Download and cherish!

Richard came fully formed right out of the gate. Evidenced by the guitar breaks on "Time Will Show The Wiser".

Thank you so much BBJ! Sandy/RT/Fairport are huge favourites of mine, but I would have ignored this box assuming, like you, that I had it all. And I can't afford it anyway, so this is much appreciated.

Can't wait to hear this... love the band, and don't know many of these songs. Thanks, BBJ!

Wow. What a treat. Thanks.

I always avoided bootlegs cause there was so much official music to listen to and it seemed wrong to dive into stuff the artist may not want released. (Exceptions, of course.) Now I've lived so damn long that Bob Dylan's official bootlegs may soon outnumber his official studio albums. And so much of it is good/great/essential that it's kind of mind-blowing. Thanks for a heads-up on Richard Thomson circa his Fairport Convention days! Always great to dive back in though I'm still digging/reeling from the Fotheringay box from a while ago. I'm in the middle of listening to all of Joni Mitchell while reading a new biography of her, Reckless Daughter. Maybe I should just stop sleeping if I hope to listen to everything I want to before I die...

I can never ever hear too much of Sandy Denny or the Fairports during the periods when she & Thompson were in the band. Many thanks for the post.