As usual I'm late so I'll be brief.
Probably a blessing anyway, and as Joe Perry once said, "Let The Music Do The Talking". 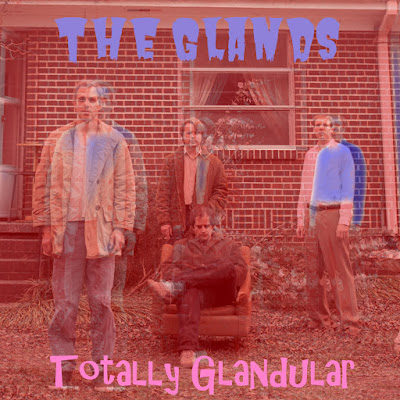 The Glands were an Indie band from Athens, GA led by songwriter Ross Shapiro, and drummer Joe Lowe, with a rotating cast of characters.
They released two excellent records, "Double Thriller" (1997), and "The Glands" (2000).
Ross died of lung cancer in 2016 after a long battle, although details are somewhat scarce. Before his passing, he gave his blessing to the release of the equally excellent "Double Coda" (2018), a collection of unreleased tracks recorded between 1996 and 2003.
I downloaded it, listened to "So High", and immediately acquired the other two.
All have been included as a box set entitled, "I Can See My House From Here".

Ross had a knack for writing really good, quirky songs which sound totally familiar and like nothing at all at the same time, and his voice does the same, splitting the difference between Ray Davies, Tom Verlaine, Lou Reed, Johnny Thunders, Robyn Hitchcock, Tom Petty, Stephen Malkmus, Alex Chilton, Elliot Smith, and every time I listen, others I'm not recalling as I try to knock this out as quickly as possible. 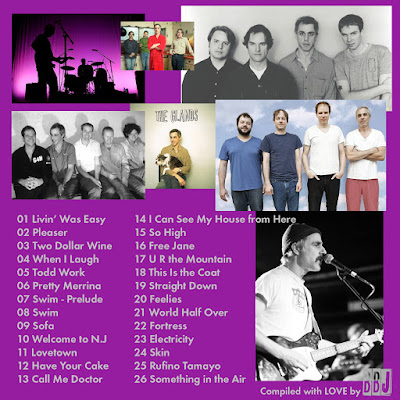 The opener, "Livin' Was Easy" is a is a life affirming slacker jam that comes off as an unholy mix of Pavement and a drunk southern boogie band.

With a catalog of roughly the same size and excellence, undeserved obscurity, and tragedy, comparisons to Big Star are easy, and "So High" would sound right at home on "Third".

Have a Happy New Year!


Posted by buzzbabyjesus at 6:58 AM

You had me at ‘...unholy mix of Pavement and a drunk southern boogie band.’
Thanks for this, BBJ. Listening to the S/T second album now, and loving every moment. Wishing everyone a Happy New Year!

Another great education from BBJ.

Thanks for this and all your Burning Wood mixes.

Only a few songs in and sounds great.

I got Double Thriller a few days ago. It's excellent, I went back and got the other two. Thanks for the mix, now I won't have to make on myself.

I hope you & Sal and everyone else had a great holiday and has a happy New Year.