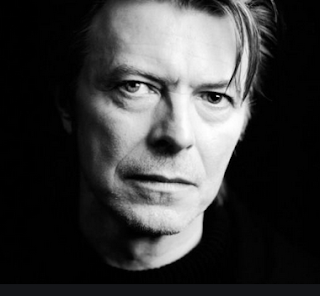 Today would have been David Bowie's 73rd birthday, and like the last few years on this date, the Bowie camp has announced a new release slated for April's dreaded Record Store Day. It is an official release of  "Changes Now Bowie," a 1997 BBC broadcast featuring stripped down acoustic performances of deep cuts and personal Bowie favorites, one time available as a bootleg.

I thought a Deep Cut Six Pack of some personal favorites of my own would be a nice way to remember Mr. Jones.

Fantastic Voyage is from the Tony Visconti remix of "Lodger" found in the 1977-1982 boxed set.

Let Me Sleep Beside You is the remake of one of Bowie's earliest songs from the still unreleased "Toy" album.

Wood Jackson is from the "Heathen" sessions.

Strangers When We Meet is the original version found on "The Buddha Of Suburbia" before it was muddied up for "Outside."

When I Met You is one of the last tracks recorded for "Blackstar" and then released on the "No Plan" E.P..

God Bless The Girl is from the "The Next Day" sessions.

Thanks for sharing. I didn't know about 'God Bless the Girl', so I'll be glad to hear it.

A nice commemotation. Can never go wrong with some Bowie.

Four years gone already. Miss that man. A good half dozen to listen to. Cheers!

I would consider myself a fan of David Bowie but I know none of these songs. I must have lost touch so anxious to dive in. Currently on a Richard Thompson kick. Now there is a well that runs deep. So many many good songs

A couple of these are new to me - thanks for making this comp!