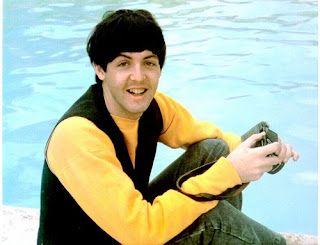 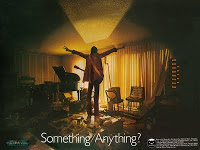 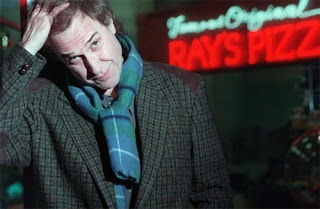 It feels like I've been listening to nothing but these four men, in one form or another, for my whole life, and I can't say I'd have it any other way. 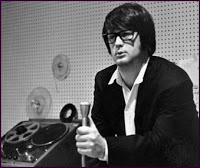 This Weekend Mix is not your average collection of tunes celebrating these four musical heroes of mine. Like the first collection, I've included some odd ball choices to keep you on your toes, including a few covers, some alternate takes, live versions and a production or three by Brian and Todd.


You may recognize the melody of the Sharon Marie tune as a blueprint for the Beach Boys 1969 hit "Darlin'."

Paul's "Summer Of '59" is an outtake from "Chaos & Creation In The Backyard." I admit, it's not a great song, but there is something about it I like and thought it would be a nice inclusion for those who may not have it.

The Hale & The Hushabyes track is simply breathtaking.

Let me know what you think.

Thanks so much, Sal. Lots of strangers here that I'm looking forward to meeting.

Looking forward to this mix! Four of my favorites, esp Todd & Paul.

I never realized they had such close birthdays.
June equals musical genius I guess.

Enjoyed this one A LOT! Keep 'em coming.

Surfs Up is absolutely breathtaking. I saw that on the Brian Wilson Tribute TV special and just about cried.

How good are Hale and the Hushabyes

Always liked the Clapton/Macca track - there's,er, something about it - and this is a very tasty compilation all round. Many thanks for upping it!

Love the idea of this mix... looking forward to hearing your segues! Thanks Sal!

Whooops, I just realized this is a mix you posted before - but still, love the idea! Thanks again ~

Enjoyed a lot. The Beach Boys vocals only of "In My Room" is just perfect, "Two Of Us" is such a charmer it may make my funeral mix (song playlist of tunes I love you can play to celebrate me and smile when I've floated away to Slumberland) and quite a few newbies. I do wish there was a version of Paul covering "Something" via uke that didn't seque into Clapton. Paul's take is so perfect and sweet and fresh that I was grinning ear to ear again and long for it to go all the way through. (Concert For George: Billy Preston just tore it up and I love the closer "I'll see You In My Dreams.") Thanks for the playlist. Now I'm gonna dive back into your 2011 mix and then the Paul McCartney massive boxed set. I'm sure I'll realize I love Paul even more than I thought!