"Bored Civilians": Even More Lost Than The Usual Lost Record

Up until the early 2000's, I thought I knew every pop and rock record ever recorded. Even if I had never heard a note of the music, like say, the Ramatam album, I'd at least seen the record 1,000 times and could tell you a little bit about it.  Once the internet took over and thousands of records were being released each month, I gave up. I feel like I know nothing about a good portion of popular music released in the last 15 years, though I try. 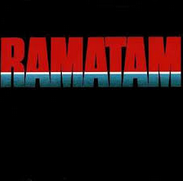 So, it was a real surprise, a pleasant one at that, to come across a record called "Bored Civilians," released in 1972 in the U.K. on Decca Records, by Keith Cross and Peter Ross. Never saw it before. Never heard of it. Doing some research, I found that Keith Cross  was in a band called Bulldog Breed--never heard of them-- and was also a bit of a guitar wizard with his band T2, who also had records out in England. Never heard of them either. Some of the musicians helping Keith and Peter out on "Bored Civilians" are Richard Thompson, Jimmy Hastings, B.J. Cole, Nick Lowe and Dee Murray. What the hell?


It didn't take long for me to fall in love with this record, certainly not as long as it has taken me to decide how to describe it. There is an absolutely English folk thing going on, but on more than a few songs, the melodies and harmonies remind me of Big Star.  Musically, especially the opening track, "The Last Ocean Rider," the songs seem to dip their toes into shallow prog waters,  though nothing gets chaotic. The feel throughout is almost a laid back, Laurel Canyon thing. One track, the first video above, "Story To A Friend," almost turns into late period Steely Dan.

Give it a listen and tell me what you hear.

"What The Hell?" is right.
How did I miss this? It's exactly what I like.
I'm a sucker for "progressive" folk music of the late sixies and early '70's. Especially from across the pond.
I hear Stealer's Wheel too.
Usually I can tell why something escaped me. It's almost always weak vocals getting in the way of the songs, but that's not the case here.
Wow!
I'd say more but I'm busy working on my Dead mix for Friday.

"Story to a Friend" reminds me more of Traffic and If, but I can hear the Steely Dan chording. On the other songs, Cross and Ross sound more American than British, which I've always thought was a strange thing to do. Bronco and Head Hands & Feet were others, but Cross and Ross are definitely more folkie than them.

My dad was stationed on Oahu for awhile in the 60's and they had a free form station with a show that played imports only, called "The English Channel." T2's "No More White Horses" got played regularly. They sounded like early Atomic Rooster, with lots a guitar freak out.

I've still got the original vinyl of this--bought it when it came out back when. Didn't realize it was so obscure! :)

That is interesting, Never heard of them either... and I grew up with all the English bands you mention. And I'm getting a bit of Traffic in there ( John Barlycorn era), or perhaps its just the flute. A great find. Well done.

Great songs. I learned about these two after discovering T2 years ago. T2's early '70s album "It'll All Work Out in Boomland" is a great listen. Really under appreciated band. Thanks for another great share!