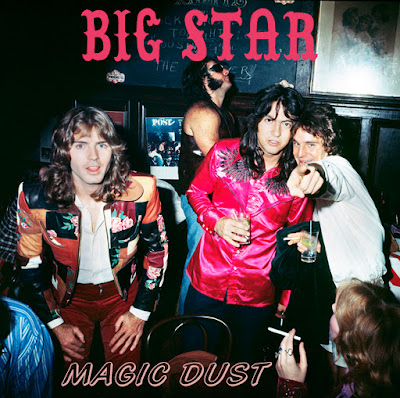 I think this was one of the first of my Weekend Mixes for Burning Wood.
Since then, the "Complete Third" has been released, full of outtakes and demos, many of which are not that interesting, except for "Lovely Day". It's the original version of "Stroke It Noel".
Noel being one of the string players hired for the session. Alex recognized him as a family friend and re-wrote the song in his honor. At least that's how I remember it.

Anyway it fit without having to make room and the mix is much improved.

To recap: this attempts to collect as much leftover Big Star DNA as possible.
With the exception of a couple tracks, none of it is actually Big Star, but every song has the participation of Alex, and or, Chris, Jody, and Andy, and was recorded at Ardent.

Some of it is by Prix, a shortlived project headed by John Tiven (carpet-bagging from Jersey) and Tommy Hoehn.
Recorded just after "Third", it credits Alex on piano, background vocals, and song writing, with Chris Bell on production, additional guitar, and background vocals as if they were members.
The singer, Tommy Hoehn appears on "Third". His voice kind of splits the difference between Alex and Chris, hence Big Star DNA. 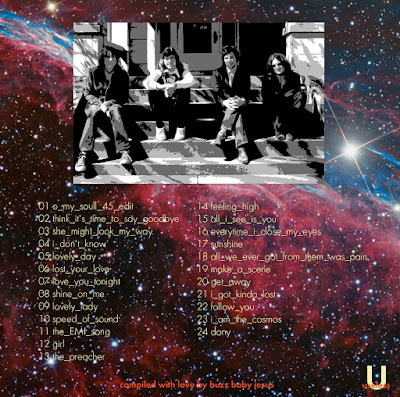 And I included artwork.


Posted by buzzbabyjesus at 7:25 AM