The Soundtrack Of The Bay: The (Almost) WEEKEND MIX

It's a day early, but I have something special planned for tomorrow, so The Weekend Mix starts now. 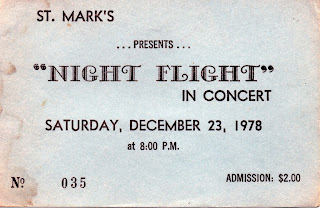 We all remember things differently. Some choose to forget their past. I choose to embrace it. I spent a lot of important years in Sheepshead Bay, and though I lived in both Soho and Brooklyn, I did not divide my time equally between lower Manhattan and The Bay. Still, Sheepshead Bay will always feel more like home.

There were five years where it all came together. We all remember things differently, so some of the supporting cast may argue that those same five years were when it all came apart. But this is my post, and this is how I remember it.

1975-1980 was all about hanging out, sitting on cars and stoops, listening to mixed tapes, going to concerts and playing in bands. If we were a core group of 20, at least 16 of us had our own boombox with our own cassettes. If there were 12 musicians out of the 20, there were no less than 6 different bands, each with their own set list of covers, with singers, guitar players and drummers rotating in and out as needed. We all played nicely together, until we didn't. One band, Night Flight, took it to an extreme that was unheard of at the time. A three hour epic show in a school auditorium, modeled after Led Zeppelin's concert film debacle, "The Song Remains The Same," complete with a bow solo and a drum solo, and even Robert Plant's gobbledegook between song banter, though it was not all Zeppelin tunes. The ticket stub is above. You really had to be there to know just how insane and exciting this whole event really was.

Every song on this mix triggers a memory of either a specific house or stoop, or basement or car ride. Every song, for me, has a face that goes with it. Obviously, this will just be a collection of songs to you, but with the exception of two I believe, all fall into the 1975-1980 time frame. I also see it as a collection of bands that don't always get spoken about on these pages as frequently as other artists, so maybe it's a good opportunity to listen, at least once, to some of the music that really and truly shaped me, for better or worse. I can hear the groans coming through the computer screen over the inclusion of many of these artists, but this is no guilty pleasure. The songs are here for a reason and I love them all, even without the places and people attached.

"Riff Raff" is my favorite AC/DC song. It never lets up and 40 years later, I still need to play air guitar to this one. Truly one of the most exciting performances ever captured in the studio.

I've said it before and I'll say it again, Aerosmith "Rocks" is the greatest ROCK album of all time.

"Never Say Die" was the last Black Sabbath record with Ozzy Osbourne and the entire band, as well as many fans, have just about disowned it. I never understood that. I think it's fantastic, especially "Junior's Eyes."

It was no easy task getting a dozen metal fans to listen to Billy Joel, but for some reason, "Glass Houses" resonated. I guess there are more guitars on that record.


The last five tracks are all epics with great performances by all. Brad Delp's power house vocals on "A Man I'll Never Be," my favorite Boston tune. The extended jam that closes out "Steeler" by Judas Priest. What a pocket! And "Stargazer." It's an entire movie, for Pete's sake.

And thanks for reading.

Music and memories are a truly wonderful thing.

My most memorable music memories stem from my formative years listening to music that my older sister brought into the house in the mid-to-late 60's when I was eight to ten years old in my parents living room sitting next to their magnificent Magnavox console stereo.

It's amazing the imprint music has on the brain - whenever I hear The Mamas & Papas Creeque Alley, My Girl or Dedicated To The One I Love, I remember a sunny, cold Christmas morning playing with my new race car track... in my pajamas.

I spent '75-80 commuting back and forth from school in Chicago to home in Columbus OH. most of your mix was heavily played in Columbus, a city which claimed they broke AC/DC nationally (at least two local bands covered "She's Got the Jack"). The other albums heavily played in our part of the Midwest: "Fly By Night," "Rocket to Russia," "Night Moves," a lot of late prog (thinking ELP's "Works") and of course Boston and the first Foreigner.

I'm totally with you on "Rocks". My personal favorites are "Sick As A Dog", and "Back In The Saddle". That's when I got my first electric guitar.
I'm also with you with all the songs I know on this mix.
The ones I don't are by bands I've never heard, like Angel, for instance.

Great mix Sal! Most of those songs were a part of my life at the time as well.

A favorite of mine from that era: https://www.youtube.com/watch?v=vLDazyvMMGw

A memorable music moment I can't shake and wish I could: I must have been 8 (maybe?) and got a toy plastic recorder as a gift -- a really shitty plastic one -- but it made notes.

My mother had a 45 of "Sweet and Innocent" by Donny Osmond.

I can not see a recorder -- of any kind -- without a memory blasting into my head of me playing that 45 over and over and over again trying to make the "notes" on the plastic recorder match what must have been a real recorder on the record. How my parents put up with me spinning that record over and over, I don't get, but I thank them for letting that happen. It's when I figured out I have a decent ear for picking out tunes/notes/chords automatically.


I hope this does not hurt anybody else's ears, but this is some of the stuff that defined me at the time. That's why my tastes are all over the map, I guess...

Ladies and Gentlemen: The dulcet tones of Mr. Donald Clark Osmond with this Top Ten (!) hit:

Many thanks for that great tale and that mix is the dog's bollocks. Super stuff! Just about every one of those guys was blasting out of my stereo from the 70s onwards, annoying parents, neighbours, girlfriends, next door's cat. Plus, thanks to your backstory I got the chance to look up why Sheepshead Bay is called, er, Sheepshead Bay. Cheers!

We share a lot of the same songs on this mix! Definitely the selections by Aerosmith, Boston, BOC, Cheap Trick, Be Bop Deluxe, Ian Hunter, Thin Lizzy (actually Wild One by Thin Lizzy), Zepp, Alice Cooper and Queen. Same songs, same time period, different city. There was something about those years!! Thank you for bringing back such fond memories.

Very much looking forward to listening to this one.

"Adventures in a Yorkshire Landscape is one of my all time faves, BTW".

WOW!!! An amazing mix! The Sabbath track was a revelation, as was 'Adventures in a Yorkshire Landscape'. I always seem to forget how purely epic and awesome Boston's 'A Man I'll Never Be' remains.And it may be only me, but does BOC's 'You're Not The One' sound like a 'subtle' homage to The Cars' 'Just Want I Needed'? 'Powerage' is still the AC/DC album I listen to most frequently - for me, its the album where everything begins to come together for the band. 'It's Late' is such a classic album track in the Queen catalog that needs to be more celebrated. Absolutely concur with your (correct!) opinion of 'Rocks'. Thank you so much this, Sal! A most excellent tribute to the end of summer.

Totally agree re Riff Raff, stone classic. Great to see some Be Bop Deluxe too, looking forward to the ones I don't know as a result

appreciate the inclusion of "A Man I'll Never Be"...for all of the popularity Boston
enjoyed during their salad days, they routinely are dumped on now...for my money, Brad Delp was one of the best male rock singers to ever be...Tom Scholz has said that when Brad passed, the soul of Boston did as well...

Riff Raff or Down Payment Blues would vie for my fave AC/DC track, interestingly both from Powerage.
Apart from the Aerosmith & Judas Priest I'm with you all the way. Angel, Queen and Rainbow tracks F*^!*+g top notch.