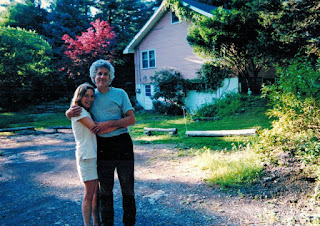 My wife and I live in Saugerties, NY, which is akin to living by the gates of heaven if you are a fan of The Band, as I have been nearly all of my life. We go for long walks every day, and occasionally we walk over to Parnassus Lane to check on Big Pink. It's still there, looking a bit orange maybe. We were there a couple of weeks ago. Some people were out front, maybe not being as respectful as they should have been, so the visit was a quick one.

A couple of days later, we were at another piece of heaven on Earth, the amazing art installation known as Opus 40. It was created by Harvey Fite who did the work almost entirely by himself using hand tools and no mortar between the stones he cut and laid into the ground over several acres. (the project got its name because he planned to work and complete it in 40 years but was killed when a tractor rolled on him in year 36). Hardly anyone knows about it, and yet there it is just up the street, one of the great personal art achievements in recorded history. Come on up and take a look sometime. 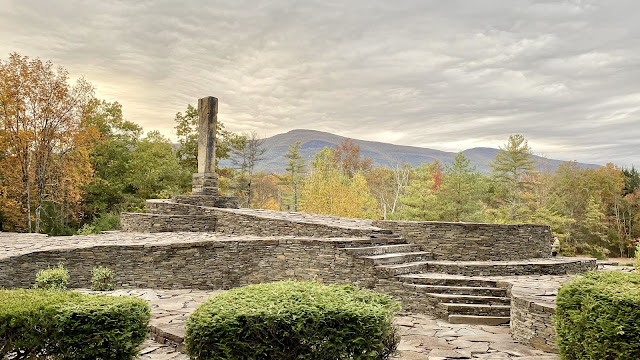 Anyway, Fite's stepson, Tad Richards, still lives on the property with his wife and dog, Sidney. He's nearly 80 and is one of the most talented people I know: he's an artist, a musician, a songwriter, screenwriter, novelist, historian and a serious Mets fan. Because of the latter, we get on very well, and he tolerates a patzer like me. The other day, Tad and I were talking about the various musicians who gave concerts at Opus 40. He said the two most successful shows were Jimmy Cliff and Sonny Rollins. A couple of bands shot their album covers on the site. Bela Fleck, Dave Matthews and John Hall have done videos there. Busta Rhymes and Cassandra Wilson and Phish used it for photo shoots. Mercury Rev even recorded a song called "Opus 40." We were also talking about other local musicians giving shows at Opus 40. I wondered about John Sebastian. Tad said he gave Sebastian his first guitar lesson. "When he only knew two chords, I knew three," Tad said with a laugh. Of course, I asked Tad about the Band. Levon did a show there, he said. And he thought the latter version of The Band shot photos at the site. They did. During the shoot, Tad decided to provide some background music and played a song by "Willis "Gator Tail" Jackson with his r&b saxophone sound through the window. Garth was enjoying it so much, he wanted to leave the shoot to come by for a listen.

This brings me around to the purpose of this post. We got to to talking about Robbie Robertson, and I mentioned the new video of "The Weight," with Ringo but not with Garth, who still lives around here. He played a concert here last October, and occasionally you'll hear about a Garth sighting (I myself once saw him playing in a band behind a local pianist, and in another great thrill of my life, I found myself in the bathroom, at a urinal next to Garth. I resisted taking a peek, so nothing to report). I asked Tad about Garth, who is now 82, and who he had seen not too long ago. He said Garth didn't look well and had to be helped in and out of the car.

That got me to thinking about Garth's amazing career, not just with The Band but playing for anyone who is just about anyone, but to keep this relatively short, I just wanted to mention one record: one of my favorites to come out of the 1990s: an astounding collaboration put together by two former members of The Hooters. The record is called "Largo," and Garth was one of the main contributors, and it's an unknown masterpiece. But don't take my word for it. Here's the review of it on All Music by Geoff Ginsberg:

"It's one thing to call yourself Americana. Unfortunately, doing so almost guarantees that you ain't it. Largo is everything Americana should be. It is also (easily) one of the most ambitious albums of the digital era. Just their luck: they hit a home run while the entire crowd was out in the beer line. Between major-label mergers and the fact that it just says "Largo" on the cover, this flat-out masterpiece was lost in the shuffle and almost no one heard it. It is a swirling concept album touching on believable stories seen through the eyes of diverse Americans. Make no mistake, though, this is timeless rock with big hooks, not roots revivalism. Largo was produced by Rick Chertoff and his college roommate Rob Hyman of the Hooters; the two co-wrote nearly the whole album with Hooter Eric Bazilian and singer/songwriter David Foreman. The A-list talent (several of whom have hit records produced by Chertoff) is almost an embarrassment of riches, but it never sounds like a compilation album; it is focused and unified. "Freedom Ride," an out of the gates rocker, is sung by Taj Mahal. "Gimme a Stone" is a duet between Levon Helm of the Band and Foreman. It's a song for all but those who root for Goliath. Cyndi Lauper wails out on "White Man's Melody," and Joan Osborne turns in a memorable vocal "An Uncommon Love," a Carole King co-write that King also sings on. Osborne is also all over "Hand in Mine," which features a bleary-eyed co-lead from Hyman, whose knack for universal melodies is on full display on the track (and the whole album). Foreman's voice is deep and resonant, and his performances (as on the down, dirty, and devastating "Disorient Express" and the ballad "Largo's Dream") make you wonder where this guy has been all these years. Willie Nile turns up for the punky "Medallion," a song about a Pakistani cab driver working to make enough money to bring his family over. These songs are about people you might meet, not some spent myth. The album has several versions of Dvorak's "Largo" (performed by the likes of the Chieftains and Garth Hudson of the Band) which separate the groups of songs; it was Dvorak's trip to the New World that inspired Largo. The album has been completely out of print for years, but Roger Daltrey (who performs "Freedom Ride" and "Gimmie a Stone" live) pressured online retailers to provide a digital option. Although a commercial stiff the first time around, Largo is getting a second life on Broadway, and the show is currently in production. Some great albums need to grow on you, but the many virtues of Largo are apparent from the very first listen."

There's not much more I can add except I've been listening to it for more than 20 years and never grow tired of it. If you can find a copy, grab it. Here's a link to Levon's "Gimme a Stone" with Taj Mahal and then this tour de force, Garth's rendition of the theme. You'll hear a bit of singing on it. That's his wife Maud. To me, it has everything we treasure about him: his talent, good sense, respect for our musical heritage, brilliant musicianship and his incredible gift to move us through his compositions. 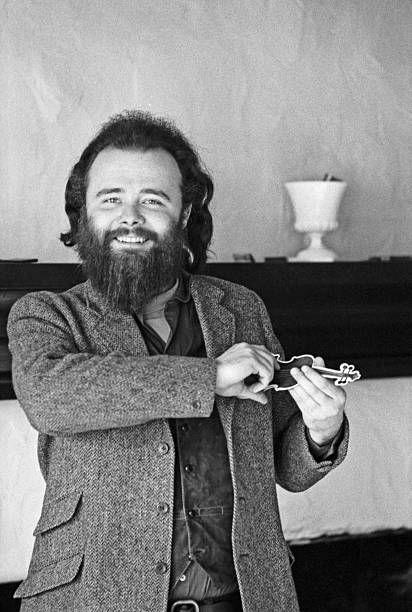 Another highest recommendation for visiting Opus 40. We were there a few years back and were blown away. (The photo is just a tiny portion of the site—it's enormous.) Inexplicable why this place—and Harvey Fite—are not more famous. Especially now, as more artists with a singular, non-mainstream, vision are widely celebrated.

Garth, without question, is near the top of the pantheon. Always love that story (told in "The Last Waltz," I think) that he had to tell his family that he was the Band's "music teacher" because that was way more respectable than being a road musician...

Will checkout the "Largo" links. I'd heard of it at some point but that's all...

Terrific post today, Jeff, really interesting. Thanks for sharing more information on Opus40 and Largo. I'd never heard of Largo, but checked out the links at Amazon and there was some really intriguing snippets. Will definitely dig into that a bit deeper. That's what I love about these music communities, is that you never know what you're going to be exposed to. Have a good one, and thanks again.

Really cool post. Love the notion that, gosh, Big Pink is still around and one can just walk on by it sometimes. That's reassuring in this world.

Will check out Largo - thanks for the tip!

Been listening to Largo for as long as you have. Great record. So is Garth's involvement in The Beautiful Old. I do wish he was included in the Playing for Change video of The Weight. Also, I read somewhere that he was not interviewed for the Band doc Once We Were Brothers.

When you listen closely to Northern Lights Southern's Cross, you hear all sorts of great sounds that can be attributed to Garth "honey boy" Hudson.

He has played with just about every stripe of popular music musician. An unassuming musical genius, IMHO.
Joe

the Largo track links didn't work for me. Here's what I tracked down:

Good article! I'm not sure how I missed this, being in the middle of Hooter-ville when it was released. I don't think it got much Philly airplay, but I vaguely remember it being talked about. It's on it's way via Amazon, thanks!

Hi Jeff,
Very late to the party and in seeing that you've been pinch hitting for our man in Paris.
Great writing, as always. Keep up the good work and give Flossie a belly rub for me.