FOW At The FEZ 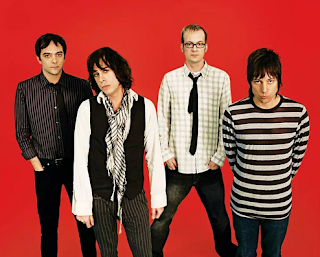 To say I fell head over heels for Fountains Of Wayne's debut is an understatement. The opener, "Radiation Vibe" became an anthem of joy for me, a theme song.

It was perfect, and always seemed to come in handy.

By the second record, "Utopia Parkway," a genuine masterpiece of pop smarts, all of us, friends, family, co-workers, customers at my shop, had sold our souls for this band. Between 1996-2000, we had seen the band perform a good number of times, at the Bowery Ballroom, and in long-gone lamented NYC places like Tramps, Hogs N Heifers and The Fez under Time Cafe. We'd travel in mobs. One Friday afternoon, a dozen of us went to the opening of the movie "Scream" and then grabbed 3-4 taxis downtown for the show at Tramps. And there had to be the same number of us taking up tables for both acoustic nights at The Fez.

Those two nights at The Fez were something else, and thankfully, one of us recorded them both.

Now, don't expect a Bob Clearmountain remix here. We are living in a time where an iPhone can record the audio of a concert at Madison Square Garden and have it sound better than "Live At Leeds." These shows, if I remember correctly, were recorded on a minidisc player, also long gone, but not as lamented as the club. The good news is that the room was small and the crowd was well behaved during the performances. Just, turn it up, maybe a little EQ-ing and you should be good to go.  It is what it is. 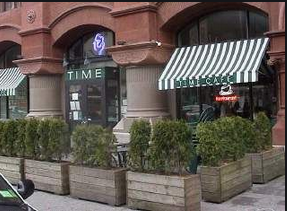 FOW At The FEZ, 12/1/99
I've Got A Flair
Red Dragon Tattoo
Joe Rey
Hat & Feet
Survival Car
I Know You Well
She's Got A Problem
Nothing Good
The Man In The Santa Suit
Prom Theme
Utopia Parkway
Fine Day For A Parade
Leave The Biker
Troubled Times
Radiation Vibe
Across The Universe
Travelin' Man
Careless

you just made my week.

Thanks so much, Sal! Appreciate all you do!

Wow, Sal. What a great gift. Thank you for this and for so much more.

Our fountains runneth over! Thanks.

So awesome of you to share. A super fun couple of shows. Please keep the music and remembrances coming! THANKS!

Thanks for this Sal! FOW was always one of my faves.

Thanks for posting, al. I'll listen latter with sad/happy tears.

Thanks for these -- they are great!

Great! Thanks a million, Sal!!