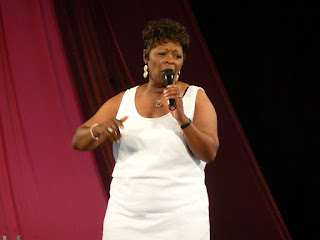 It's not easy to say Irma Thomas is my favorite New Orleans artist when people like James Booker and Allen Toussaint and Fats Domino and Jon Cleary and John Boutte and Stanton Moore and Snooks Eaglin and Dr. John and The Meters exist.

I'm not comfortable saying she is my favorite soul singer knowing there are Aretha Franklin and Marvin Gaye records out there.

But today, Irma Thomas is 80 years old and so for today and I guess everyday, I am comfortable saying she is my favorite New Orleans soul singer and one of my favorite artists of all time.

I don't recall the first time I knew it was Irma Thomas' voice I was hearing. Growing up, New Orleans was a place on the map and people like Fats Domino and Miss Irma were just voices on the radio like Sly & The Family Stone and Sonny & Cher. One afternoon, I was visiting my roommate at the video store he had been managing, and I heard this song playing that, for whatever reason at that moment, sounded like pure heaven. My friend's co-worker Kyle showed me a cassette. "It's Irma Thomas." The song was "Take A Look." That was 1987 and that's when I became a fan for life. That song was played at the right place, at the right time.

I bought this record that Kyle had on cassette. It was a U.K. import on the Kent label, "Time Is On My Side" and I played it everyday, staring at the cover, assuming Irma Thomas was long gone. (There was no Google in 1987.)

The first time I set foot in New Orleans, some twenty-plus years ago, I was overwhelmed by everything: the sights, the smells, the heat, the food, the booze and the music, of course. But the one thing I could not comprehend was that this dream singer named Irma Thomas was not only alive, but owned a club called The Lion's Den and she performed there whenever the hell she pleased.

Since 1999, I've seen Irma Thomas perform live at least a dozen times, mostly in New Orleans, occasionally singing gospel, which is truly an experience not of this Earth, and even once or twice in New York City. I even recall declaring after one particularly moving set, how I felt like Irma Thomas was *the* best female R&B singer. Even better than Aretha! I blame New Orleans for that bit of folly. That city can make you say and do anything. I promise I won't say it again, even if on certain days, I really do think it.

(I took that photo above in the Gospel Tent at the New Orleans Jazz Fest in 2009, I believe.)

Here's an Irma six pack and a bigger Spotify playlist to celebrate.

I was lucky enough to see (and of course hear) her at The Turning Point up in Piermont, NY. A wonderful tiny room with great sound that holds less than 100 people at a time, so I was only a few feet from her.

She stole and melted my heart. She is the best! Only Aretha and Mavis Staples can rival her in talent.

My introduction to her was thirty or forty years ago through a song lyric by Jimmy Buffett from his song, "Saxophones." "Sweet Irma Thomas and Frogman Henry used to boogie woogie all night long."

I immediately went out and bought their records and was hooked. The biggest revelation for me was "Time is on My side."

I took my first trip to NOLA in 91, and in 1992 Irma released the album True Believer. I picked that up and was hooked. My then-fiancee (now wife) fell in love with it too and since then we've seen Irma every chance we get. At the Lions Den years ago, we were talking to her in between sets and she introduced me to Pinetop Perkins, who was sitting at the bar. Pretty cool night. Love Irma and cannot wait to hear her new album on Nevelle records. Hoping we get to see her again.

Sal, did you see her Christmas concert online? It was magnificent.

I have a dozen or so songs of hers in my library and always meant to dive deeper. None of these songs were in the library. Loved "Take a Look" right off the bat and downloaded the album to listen to. Now's a good a time as any. Thanks for the nudge once again

I am so missing not having plans for late April or first of May at JazzFest this year.

But, considering the October reboot.....

I firmly believe that her best album is the one that was just released as part of the Newvelle NO series. Sadly, she hasn't been able to perform live in support of it.

Amen to all that you have written. Id love to see her live.... and visit New Orleans!

I hear that. It really is that good.

The two she does that slay me are "Ruler of My Heart", which sounds like nothing else to me, containing equal part mystery and drama; and "Wish Someone Would Care", which I love so much I have both the 60s version and the 7-minute-plus version from the 1970s, where her forlorn screeches rival John Lennon's pained vocals in the long coda to "Mother". Timeless music.
C in California

Lovely stuff. Many happy returns to Dame Irma, she who can do no wrong, and thanks to you for the selection. Cheers! 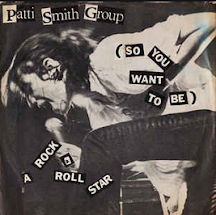 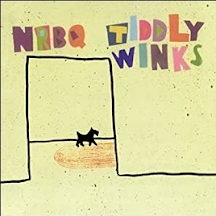 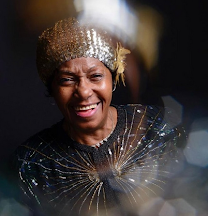