...And Bad Mistakes, They've Made A Few 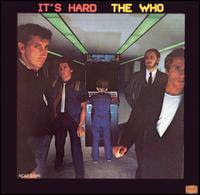 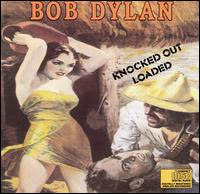 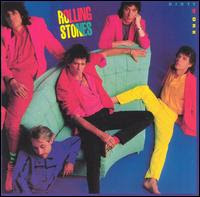 I listened to Queen's 1981 misfire "Hot Space" yesterday for the first time since its release. Yes, Queen. You either love'em or you hate'em. I am a fan, a huge one at that and I will fight to the pain in my side--not worth fighting to the death---that the first 5 Queen releases are as good as anything released that decade. So, it was a profound disappointment for me to hear the dreck that was and still is "Hot Space," an album that is a far cry from the brilliant and pompous "A Night At The Opera." "Hot Space" is more like "An Afternoon At The Proctologist."

Queen is another one of those bands who will forever be represented by their hits, which I believe never really told the story properly. Then of course, we have sporting events and Wayne's World. Oh well...


I'm not going to explain in detail what is so wrong about "Hot Space." That is not what this post is about. What I want to know is, which record by your favorite artist do you feel is the quintessential piece of crap, the one that made you cry after you realized you just spent your allowance on the one album you could afford that week?

Feel free to elaborate.
Posted by Sal Nunziato at 4:09 AM

I once remember an interview that John Entwhistle gave and he was asked about "It's Hard" and why it was such a bad record. His response: You know how your own farts don't smell as bad as they do to other people...

I always loved that.

How about a weekend mix of the Kinks? And, by the way they have put out some clunkers...

I am a huge Stones fan (hosted a Mick Jagger birthday party for 30 years) and you have posted a picture of the worst piece of crap they ever recorded-Dirty Work. It contains there worst song ever-Hold Back. in fact the only good songs on it are 2 covers, Harlem Shuffle and Too Rude.

CoolSchool, you hit the nail on the head with "Dirty Work." The two covers are indeed well done.

And yes, I also agree that Bowie's mid 80s output is close to unlistenable.

Jagger's "Wandering Spirit" is pretty good, no? I think so.

I think a lot of artists have their best behind them after maybe 5-10 releases. Lets face it, after listening to music for a zillion years as I have, there are usually only 3-4 good cuts on most good albums anyway. But a bad LP is a bad LP. Many artists sign contracts to make a certain amount of albums. Unfortunately for us they dry up. That's the cycle. It's "Jumping The Shark" as they say in TV land. Try to squeeze it out a little too long and poof, bad material.

Hey Sal, are there any New Orleans artists that you think put out some crappy records?

There have been plenty of crappy releases by New Orleans artists. (I am curious as to why you would ask that specifically.)

Is Neil Young's "Fork In The Road" any worse than anything else released after "Harvest Moon?"

It's just that i know you're a big New Orleans fan from shopping at your store years ago and was just curious, that's all.

Here is what I can say about artists and records from New Orleans, and I admit it is very general--

to stand at the Maple Leaf, or Donna's, or Tipitina's and watch and listen to any one of the great musicians of New Orleans in their element, is something that will never translate to record.

Also, many New Orleans artists are not signed to major labels, get any real backing, or help with production, so if Charles Neville feels inspired to record a new jazz record, he does it himself, makes the covers at Kinko's, and presses 100 at a time. The love, hard work, and sentiment behind the music included on that shoestring release works on a different level than say when Paul McCartney releases crap like "Memory Almost Full," with songs like "Nod Your Head"

If you really love me baby
Til you fall down dead, she said
If you ever wanna make it, nod your head

Nod it up, nod it down
Side to side, round and round

My least favorite thing about some artists from New Orleans, is when they fill up a record with silly songs that cater to the tourist. Any songs using words or phrases like gumbo, bon ton roulez, crawfish, etc., makes me a little cringey.

Most unlistenable godawful rock star trying to go country album ever made.

With the exception of Elvis C's "Almost Blue" which is embarassingly, cringe-inducingly awful. As bogus and clueless as the soundtrack to Altman's "Nashvile."

i'll take silver and gold, chrome dreams 2, or hell, greendale over fork in the road any day.

Took the E Line down there, the motorman however turned down my request to operate the train....

Even better than the comeback record. Love it.

i would have to say generally speaking that most clasaic r&b and soul artists disco era output would fall into the cringe worthy area all though there are exceptions to every rule and something along the way by van morisson but who can remember he has so many albums. sometime it's not that they're cringe worthy it's just more of the same old tired going through the motions shite ie everthing the stones did (except for individual songs) after exile on mainstreet.

How about some commas?

And, if you really think the Stones had nothing to say after "Exile..," you are just not listening. But I do agree wholeheartedly with your dol soul/disco era point.

Todd Rundgren-No World Order. Enough said! An you can throw in Liars and Arena as well. I know you liked the last two but they're in the same league as Hot Space.

I'm with you on "No World Order." Truly a misstep. But, I think your well may have been poisoned. "Arena" took awhile, but it not only grew on me, it contains some genuine classics. And you know how I feel about "Liars," the same as so many feel...best album Todd put out in years.

I just never got the Todd "thing", what cd's do you recommend i start out with, Sal?

Start with "Something/Anything." If that does nothing, don't bother.

All you Anonymouseseses that KNOW me, either from the store and elsewhere, it'd be nice to know who YOU were.

I've been buying records for more than 50 years, and the only vinyl album I ever sold was "Self-Portrait." Certainly, no album ever made me madder. I'm glad that I didn't hold a grudge, because "New Morning" is a particular favorite of mine, maybe my favorite post-"John Wesley Harding" album of Dylan's besides along with "Blood on the Tracks" and "Time Out of Mind."

And what is the worst Elvis Costello record of all time? I love love the guy but there are a few real stinkers.

That's a week worth of posts right there!!

Goodbye Cruel World is pretty lousy, and as much as I hated North when it was first released--I think I had had enough of Elvis' dabbling--I've come to really love about half of it, now that I've gone back with a different head.

Concerning Todd, "Liars","Arena" and my poisoned well, I think you've partaken of the 'kool-aid'. Nothing close to classic has come out of Todd (who is part of my music Mt Rushmore so I'm not a hater) since Nearly Human 20 years ago. I know the critics liked Liars but I think it was more for lyrical content than for truly great melodies that grab at your soul which is why we signed up with him in the first place. Some people may like it on another level but it's not Todd and I even stuck with him through some of the wacky early Utopia stuff. The last straw was seeing him in leather pants and a cutoff on TV. He just didn't carry it off. He looked old, tired and uninterested. Compare him to one of contemporaries, Daryl Hall, and it's sad to see what he's become. I'm done but I'll continue to cherish all the wonderful stuff he's done in the past.
(Boy, I'm glad I got that off my chest.)
Thanks for all the fish!

Maybe referring to anything on "Arena" as classic is a bit much, but I will stand pat on "Liars."

The last album by The Clash - was it Cut the Crap?

Bruce's Human Touch/Lucky Town - two albums released on the same day. For Bruce fans, one of the worst days ever.

I'll stop now as I feel my blood pressure rising!

Anyway thanks Sal for keeping the faith. By the way, I was a decent NYCD customer. Decent defined as being showing up at least once a month from June 2001 until closing. You personally turned me on to CC Adcock (great!) and The Bees (eh, not so great). Also, when I was browsing the Amsterdam Ave location one Sat afternoon, you were playing the new platter from The Pretenders. I asked if you had a copy and you gave me the promo copy free along with my purchases. Can't get that from Amazon or I-Tunes!

Thanks for the great note. It's a good feeling to know people are reading. As for your choices, I agree with all of them, especially "Lions," although "Soul Singing" is still a killer live.

Bryan Ferry's 'Taxi' shattered my illusions of the man.

"Flowers of Romance" by P.I.L. is still a hard listen 27 years later.