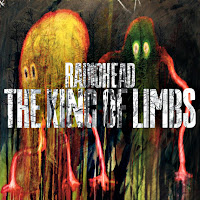 YES, YES A THOUSAND TIMES YES!! Everyone involved in that sketch should have an extra day off. When 'Creep' started playing, I almost wept with joy. very well observed.

Ignore Don...he's cranky because he's had a lot of sweeties today.

An esoteric subject...not everyone can relate....but dead spot on for those of us who care about this stuff called popular music...and lose sleep when we feel like we've been wronged....when there's so much else to worry about....just so accurate....

I do like much of Amnesiac. And two songs on "King of Limbs".

I actually like Amnesiac. The rest of the oeuvre never really did a whole lot for me. Including O.K. Computer. And the Bends.

The skit is funny, and I'm sure it feels accurate to those who feel that way, but, I'll say it again, while I don't love everything they release, and there's lots of songs on each CD I'm not into, I think Kid A was a masterpiece, Amnesiac was close ( Pyramid Song is STUNNING ) HTTF was a great record, In Rainbows and the bonus disc were filled with great tunes. The new one, I think is like a great EP, just not a landmark like OK Computer and KID A were.
Everyone's entitled to their opinion, and just like those of you who don't like it can't force yourself to like it, those of us who love it can't help loving it. The insinuation that anyone who feels differently than you is wrong, or deluding themselves is all I argue with. Can't everybody accept that others may feel differently for perfectly valid reasons?
I love that there's a band that divides opinions of die-hard music lovers so violently. I love that Radiohead makes music so far out there that those who don't like it must tell themselves that those who do are forcing themselves to because they feel they must, and that those who like it feel those who don't are Philistines with uneducated ears. I hear beautiful melodies and thrilling sounds, but I know Sal hears no melodies and annoying sounds. Does that make either of us wrong, or either of us unable to hear the truth?
I'm happy someone's not trying to make music that appeals to as many consumers as possible, and I have no problem accepting that others don't get the same pleasure from the newer records that I do. If it weren't for the fact that the video is still pretty funny, I might resent the condescension of assuming that I can't admit to myself I don't like them, when in fact I quite definitely do. Funny outweighs that, though.

Anon,
I think most comments left here on this blog, re:diohead, have been fair, educated, and far from condescending. On the other hand, it was the series of mostly hare-brained and venomous comments over at Huffington Post that put me in this mode of attack. My "vindication" is related to that group, not as a statement that I'm right about Radiohead and everyone else is wrong, simply because of a 2 minute video clip. (I think you know that.)


I will say, not since encountering crazed Kiss fans back in the seventies, have I seen such dedicated and accepting fans as Radiohead fans. That is as difficult to wrap my head around as their recent output.

I prefer the song Radiohead by the Talking Heads than the band Radiohead.

I DO know that, and was not including you in the use of the word "condescension", but rather was talking about both sides of the comments ( HP, and worldwide ) .
I don't think I'm right OR wrong about Radiohead. Music is clearly like sex, love, and tickling. You can't help what works for you, you can't force it or fight it. I'm not a Radiohead fan because I'm supposed to be, or feel I have to TRY to like anything. Nor do I feel you're criticizing the albums that don't move you for similar reasons. I'd call myself a picky Radiohead fan rather then "accepting". There's a slew of songs from them that I DON'T like. I just think their best stuff, album after album, is brilliant, and among the best music out there. To MY ear. I'll play you Radiohead I like, but I won't think you're wrong for not liking it, anymore than I expect someone to have the same favorite movie as me.
But then, I kinda like some of "The Elder"
( for that matter, I LOVE Kiss, and we're not supposed to like Kiss and Radiohead, are we ? )