I Heard An Ex-Rumour: Bob Andrews & His Fantastic New Album 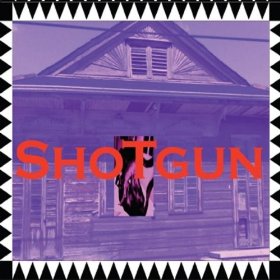 Maybe you know this and maybe you don't but, keyboardist Bob Andrews, formerly of Brinsley Schwarz and Graham Parker & The Rumour has been living and playing in New Orleans since 1992. To be honest, I only found this out in 2005, when I happened to be in New Orleans attending an Elvis Costello & the Imposters show at the House Of Blues. There, at the piano for a few encores, was Mr. Bob Andrews. Great show, from what I recall. Andrews has a regular gig on Wednesday nights at an Uptown New Orleans bar called Dos Jefes, playing New Orleans Piano, which is also the name of his website. But that's not why I am here.

My obsession with New Orleans, especially around this time of year, finds me surfing the web a bit more maniacally, as I try to find new music and any info about these great New Orleans musicians I love so much. There is always a flurry of releases right before Jazz Fest, as artists kick things up a notch so that their records can be available at the Fairgrounds during the Fest.  This is how I found "Shotgun," the new, brilliant release from Bob Andrews, which features among others, the great Alex McMurray on guitar, whose "How To Be A Cannonball" was one of my favorite records of 2009, Cornell Williams of Jon Cleary's Absolute Gentlemen on bass, and Johnny Sansone on harmonica, whose "The Lord Is Waiting & The Devil Is Too," was a favorite of 2011.

"Shotgun" the CD, is based upon "Shotgun" the book. You can read a bit about that HERE.  "Shotgun" the CD is a 40 minute, swamp and roll romp that captures the pub rock vibe of both of Andrews' places of dwelling, London and New Orleans.

The title track kicks thing off nicely with a Brinsley Schwarz groove, which then falls comfortably into a bit of funk on "Man In The Man Position." I've highlighted Jon Cleary on these pages a number of times, but rarely if ever, have I given props to Cornell Williams. One listen to the latter, and you'll see why I should have a long time ago. "Black Alligators" has a dirty little groove that is more New Orleans than Leeds, thanks to the soulful sound of Sansone's harp, while "Local Lover" & "Hit Me With A Bus" both sound like long-lost Nick Lowe tracks. There are no bad songs on this record.

Hard copies can be found, along with some more great New Orleans releases at www.louisianamusicfactory.com.

This is a good ol' good one!

Went to see Graham Parker a couple weeks back and, to my delight, Bob Andrews was accompanying him on keyboard. Great show, and both were quite funny. Also, to my still greater delight: (1) Bob & Graham played a couple of songs from his aforementioned new album; and (2) they previewed four songs from an upcoming disc by GP & The Rumour, due out some time in Fall 2012. Get ready!

I'm a friend of bob and his business partner, and got to hear little bits of this as it came together. It's a really great set of songs, and if you want a little preview, Dos Jefes on a wednesday night is a good way to get it.

And there's a great anecdote about him from the liner notes to one of the Brinsley re-issues.

Seems he was a huge fan of the Band's Garth Hudson and was constantly updating his gear in emulation of the Great Man Himself; if there was an effects pedal or amp Hudson used, Andrews would immediately add it to his arsenal, trying to get that elusive Hudson sound. Only problem was, no matter what he did he couldn't quite achieve total Garth-ness and it drove him nuts.

Anyway, sometime in the early 70s the Band toured the UK and at one point wound up rehearsing at the Brinsley's studio and using their equipment. Garth turned everything on, put fingers to the keys, and immediately sounded just like himself.

Andrews, who was lurking in a corner too awed to say hello to his idol, literally wept.

Saw McMurray as part of the Alex Chilton tribute at Jazz Fest, and he just kicked ass all over. (That set is available for purchase at JazzFestLive, if you wanna give it a listen...) - bill buckner 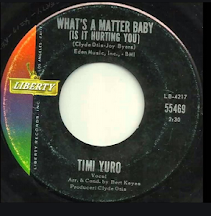