"It Takes Two": THE WEEKEND MIX 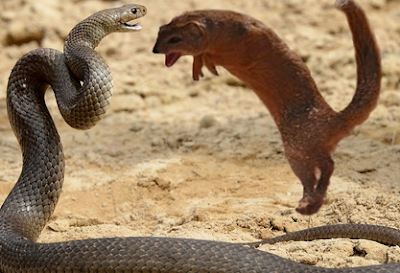 It takes two to Tango.
Two peas in a pod.
Can't be two places at once.
Two can play at that game.
Take two of these and call me in the morning.
Two, two, two mints in one.
The Terrible Twos.

You get the idea.

I created this playlist for myself, but since I had nothing else planned for today, I decided to share it. Maybe some of you will dig it.

A few of these duets happen to also be all-time favorites of mine, especially the Phil Spector-produced Harry Nilsson and Cher single. I also think "The Golden State," written by John Doe and performed by Doe with Kathleen Edwards, is one the best rock and roll love songs out there. I am sure you are familiar with most, but maybe a few will be new to you, like the Irma and Wolfman, or maybe Caitlin Cary & Thad Cockrell. I think the Jules Shear & Paula Cole is one of the most heartbreaking songs ever written and the Sonny & Cher tune, one of the happiest. And I know, you've had enough of "Under Pressure." Sorry, it had to be here.


Enjoy the mix, maybe with a loved one. Or maybe an enemy. It might break the ice.

zip
Posted by Sal Nunziato at 5:49 AM

I dig it! (Especially Shelby and Peter). I'll enjoy it with a frenemy. ;) Thanks and have a great weekend.

Killer mix! Do you happen to know the backstory of the Cher/Nilsson track? All I could find out is that it's a 1975 single.

Randy,
I don't really know a backstory. I first heard this on Scott Muni's show on WNEW-FM. Took me forever to find it. Spector produced another single or two for Cher.
https://www.discogs.com/Various-Phil-Spector-7479/release/4916567

Wash your hands everybody :-)

For once, I think I recognize every artist and nearly every song on your mix. Even the Cary/Cockerell which is from a wonderful (if obscure) album that I'm fortunate to own.
All great choices. Thanks. Bon weekend, all.

If I may add one of my favorite duets; John Lee Hooker and Van Morrison on Gloria

very nice, all of it.

Nicely compiled, Mr N, and well worth a spin - although funnily enough I'm not a big fan of duets. Thanks for sharing. Cheers!

I like and/or own lots on this list. A favorite duet I just put on a mix for a buddy is an acoustic "One Irish Rover" by Dylan and Van the Man from some tribute show (apparently) to the latter. It is heartbreakingly beautiful.
Any mix with John Doe and Joey Ramone and Irma T. on it is a good'un, in my book.
Personally, I will never get tired of "Under Pressure". One of the 3 finest hit singles of its decade ("Billie Jean" and "Boys Of Summer" being the other two, of course!).
C in California

Superb mix - I had forgotten that Glenn Tilbrook was on the Aimee Mann track.

this is so fantastic