Do you consider the records you play the most, the best records by those artists?

I thought about this as I listened to the new Bob Dylan bootleg series, "Springtime In New York," almost 60 tracks covering the years 1980-1985, and the albums "Shot Of Love," "Infidels" and "Empire Burlesque," with two of those three records receiving a considerable amount of derision over the years.

I was more excited by this entry into the Bootleg Series as I was at just about any other and that is because I play "Shot Of Love" and "Infidels" more than any other Dylan records. "Empire Burlesque," not so much.

While "Springtime In New York" may not offer any revelations as mind-blowing as the first time songs like "Foot of Pride," "Dignity," "Blind Willie McTell" or any of the alternates of "Mississippi" were heard on previous boxes, "Springtime" feels the most consistent.

The band, the singers and Bob himself all sound truly inspired throughout. And if you're thinking covers of "I Wish It Would Rain," "Sweet Caroline," or the 1979 AM hit "This Night Won't Last Forever" are novelties, think again. Yes, I was taken aback by hearing Bob sing "Hands, touching hands, reaching out, touching me, touching YOU!" But it's real! This is not a piss take. And again, let me say, Bob Dylan can sing!

The rehearsal take of "Senor," a song that was not originally found on the three subjects of this set, opens the box and it's a keeper. As one friend mentioned this weekend, "How is this not the official take?"

I found myself feeling this way about most of the box. There are few throwaways. I'll admit that maybe there are no stunners like "She's Your Lover Now." But tracks like "Mary Of The Wild Moor," "Fur Slippers," or the alternate of "Emotionally Yours" should toggle your switches, not to mention both superior versions "When The Night Comes Falling From The Sky" or both superior versions of "Don't Fall Apart On Me Tonight." Or "This Was My Love." Or "Tell Me."

I tried to create my Bob Dylan Top 10, but each time I thought I was satisfied, it looked funny. These are the records I play the most and with both "Infidels" and "Shot Of Love" in my Top 5, it might explain why I love "Springtime In New York" as much as I do. That aside, if you are more than a casual Dylan fan, there is more than enough on this set to satsify.

I'm not a huge Dylan fan. All I own is "Biograph" and a couple of the "Bootleg Series" sets like the "Royal Albert Hall" set.

But I've listened to almost all (if not all?) of the Bootleg sets -- and they are uniformly excellent to my ears.

Now why I don't go out of my way to hunt down Dylan's official albums? I have honestly no idea. I need to figure that out sometime...

I'm admittedly a huge fan, and would defend all three of these records to anyone (though only the songs themselves from Empire, not the recording, of course, I'm not insane) so I fully get that I'm not objective in this discussion.
That said, I felt I had to chime in to say that when you say there maybe aren't stunners like She's Your Lover Now, I would submit that Too Late stuns me, plus also the slow version of Don't Fall Apart On Me Tonight, and even New Danville Girl, rough draft of the stunning Brownsville Girl, are, to me, all stunners, and there's perhaps a few more. The alt take of Dark Eyes gave me chills.

Zippy,
Well yeah. I guess I can’t disagree. I was showing a little restraint to avoid clouding the review with my gushing,

Here's my take on the set, for anyone who can't sleep:

Because there is so much great stuff on the bootleg series, I have spent a lot of time with them this century. As to the albums, mine goes this way:

Rough and Rowdy ways is making a strong bid for the tenth spot that is presently held by oh mercy..

Maybe it is because i am getting old, but Blood on the Tracks has dropped in my estimation these past few years. It's still really really good, but i'd have had it 1 or 2 from 75 though 2015.


My most listened to:

Everything else is far, far behind. And i LOVE Dylan. But I go back to these all the time

I love this new set. It's gonna find it's way onto this list eventually

No Self Portrait or Planet Waves? Well, shucks...

@Bombshelter Slim,
When I remember that "Planet Waves" is always a great listen when I play it, I play it. I just don't always remember.

No, I do NOT always consider the albums I play most by an artist to be their best. Some albums (and movies) are simply not stuff you want to play or watch a lot because they're powerful or upsetting. The documentary Shoah is a masterpiece but who wants to slap that on the TV? Casablanca can be watched endlessly and delightfully on a loop.

In music, it's more about trips. I always play Frank Sinatra's Come Fly With Me when taking off on a journey so I've probably played it the most of any Sinatra. And it's great. but probably not the best. meanwhile I play Only the Lonely once in a while because it's heavy, man. September of My Years once a year...in September. And yet his bossa nova albums all the time and In The Wee Small Hours all the time and those may be catching up with Come Fly With Me.

So I think it just has to do, for me, with repeatability and the mood they create in terms of what gets played the MOST. Springsteen's Nebraska is a great road trip album but so is Wild, Innocent and that may be more played by me. But Nebraska? The best.

PS I hate when Spotify doesn't have the complete Bootleg set but just samples it.

You're helping convince me to get it. I get all the Bootleg Series of course, and I love Dylan in the 80s, but still have my doubts. (I think it's seeing "Julius and Ethel" on the list, which I've had on a boot for years and ne'er need to hear again.)

Here are my Top 10 Dylan records:

Listening to the alt take of “Dark Eyes” I realized just how Old Testament Dylan is. This was a modern-day lamentation of Jeremiah. I always thought he wouldn’t last long as a “born-again,” although the records he made while trying to be so were glorious.

Greatest Hits Vol. 2 got a lot of play for me too. Almost all of the Bootleg Series have been a revelation. Another Self Portrait and Tell Tale Signs are probably my favorites. Looking forward to digging into Springtime in New York.

Wonderful video. Made me smile and I felt so happy just watching it. I love Bob Dylan.

Happy to see BW as the top link on the best Dylan site out there, the amazing www.expectingrain.com, due to this dialogue... 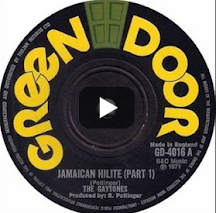 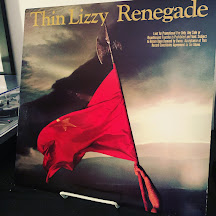 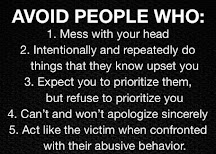